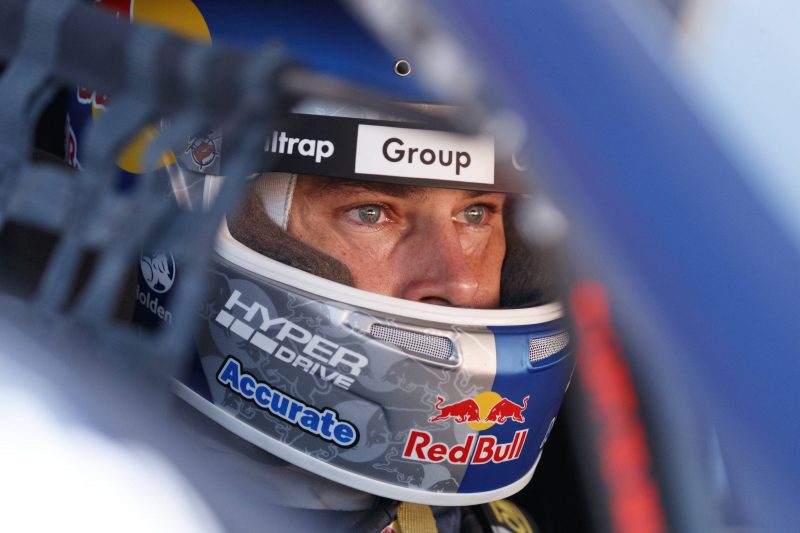 The 2016 Supercars champion posted the fastest lap of the weekend with a 1:19.58s to edge Whincup by the narrowest of margins, with 0.0084s separating the two factory ZB Commodores.

It continued the strong debut for the ZB Commodore after van Gisbergen claimed victory in yesterday’s season opener.

“Maybe we’ll have to wait for the Ford teams, they’ll find something to protest, but (it’s) pretty awesome, thanks to the team,” quipped van Gisbergen.

“We got the cars on the front row, they’ve done an amazing job. Pretty privileged to drive something as good as this.

“The clouds have come over, the track’s much faster. The race will be good, we’ll be able to push the whole way and should make some good action.

Shell V-Power Racing’s Scott McLaughlin was last out in the session and was fastest in the second sector, but was unable match van Gisbergen, placing the #17 Ford Falcon in third.

“It was okay, didn’t quite get the first sector, been struggling there all weekend,” said McLaughlin.

“We’ll push on in the race. The car’s a lot better so I think we’ve got something to fight with today.”

Erebus Motorsport’s David Reynolds completed the second row in fourth ahead of a trio of Tickford Racing Fords led by Mark Winterbottom and Cameron Waters.

Chaz Mostert will start from seventh after a committed lap which saw the Supercheap Auto backed driver graze the wall through the high speed Turn 8 sweeper.

Garry Rogers Motorsport Garth Tander was just a tenth further back in eighth with Michael Caruso in ninth.

Nissan Motorsport’s Andre Heimgartner completed the top 10 after he voided his lap following a kerb strike at the Senna chicane.

“It was a bit unfortunate, the car is pretty fast here and we would’ve ended up fifth or sixth,” said Heimgartner.

“Overall, I can’t explain, it’s great to be out there in the shootout and the car’s got pretty good pace so hopefully we’re out of the s*** area with all the action and just have good solid race.”

Race 2 of the Virgin Australia Supercars Championship is scheduled to begin at 1520 local time/1550 AEDT.