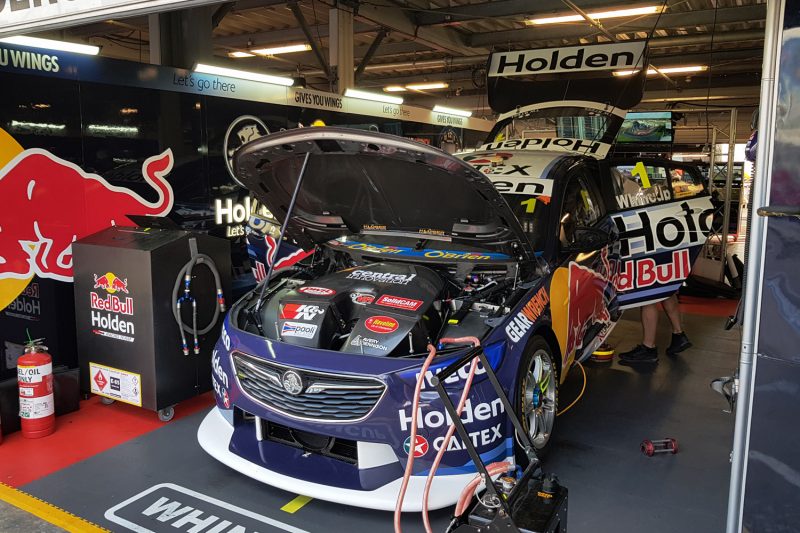 Jamie Whincup is set to return for final practice at the Adelaide 500 after a lengthy overnight repair which saw the Triple Eight crew work until the early hours of the morning.

The Red Bull Holden Racing Team were working on the rebuild of the #1 ZB Commodore until 4:15am this morning after the car sustained heavy damage in a crash at Turn 8 during Friday’s qualifying session.

An initial assessment of the car warranted fears that the chassis would be ruled out of today’s action, but the damage, while significant, was not as bad as first feared.

Team manager Mark Dutton was impressed by the quality of the repair from his squad considering the force of the impact resulted in more than $100,000 of damage, with all four corners of the car to be rebuilt.

Crews from all three Triple Eight cars were involved in the repair. 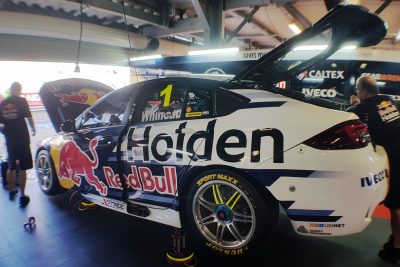 “We managed to send a lot of people home around midnight to 1am, then there was just the crew and a few extras here until 4:15am.

“We just dropped it on the patch and it was amazingly good. The repairs were fantastic.

“You never expect it to be that good, even when you’re just replacing bits for normal service without a shunt it’s hard to be that close. Full credit to everyone there.

“We dropped it on and the toes were adjustable half a millimetre to a millimetre, so next to nothing. The corner weights were within half a turn to being bang on.

“Even when you just change a damper set the corner weights need a bit of a tweak, so that’s within a tolerance of the car being where it was before it hit the wall.

“It’s a really good repair, which is why we were there until 4am. We took our time, as painful as it was, to make sure it was as perfect as we could get it.

“Everyone chipped in, but at the same time you need them to get their car done.”

Dutton also confirmed that the team were able to complete the repair with only a few parts from its limited stock of ZB Commodore specific spares.

“For the ZB we didn’t damage too much,” added Dutton.

“The splitter is gone, and a left-front door. We did the left-rear door because it wasn’t as beautiful as it could be.

“We haven’t eaten heavily into that. It’s all the chassis spares that we had a good chunk of.

“When you do a full car rebuild, that’s decent. But we’re still find, we carry three sets to rebuild a car several times let alone be able to supply customers with chassis parts, not just ZB parts.”

Whincup will jump behind the wheel of the car for Practice 3 which is scheduled to begin at 0950 local time.