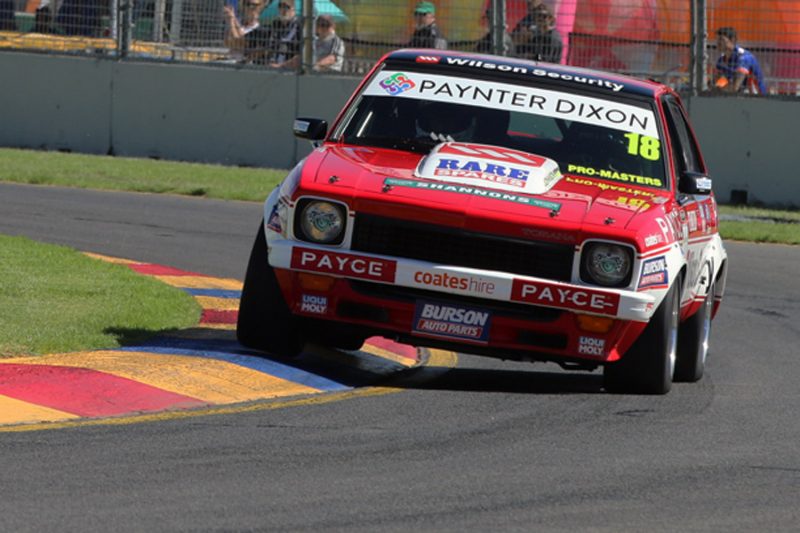 Johnson converted pole into the race lead with a good jump at the green flag to establish an early advantage, but soon found himself under pressure from Bowe.

The duo had opened a ten second advantage over the field in the opening four laps before commencing battle.

Swapping places three times over the next five laps, Bowe emerged on top in the Holden Torana, with Johnson trailing him to the flag in the Ford Mustang.

The final Touring Car Masters race of the weekend is scheduled for 1230 (1300 AEDT) on Sunday.

Andrew Haryanto has taken victory in the first race of the weekend for the Audi Sport R8 LMS Cup.

The Indonesian driver swooped through from the second row of the grid to take the lead at the first corner.

On Lap 2 though, Haryanto ran wide at Turn 4, handing second placed Yasser Shahin the lead, before Shahin did the same thing on Lap 7, with the former once again taking the top spot.

Bates brought out the Safety Car on Lap 9 when he beached his car in the Turn 5 gravel, while on the restart Jefferey Lee and Sun Jing Zu briefly came together at the fourth corner.

Haryanto crossed the line 1.7s ahead of Theo Koundouris, while Shahin recovered to finish on the podium in third.

Robby Gordon won the second race of the weekend for the Stadium Super Trucks.

Toby Price got the jump off the line to lead into the opening few corners, though it wasn’t long before Gordon began to challenge for the lead.

A pass at Turn 8 saw Gordon move into the top spot, with Price then passed by Gavin Harlien for second as the competition caution was thrown.

At the restart, Price ran wide at Turn 9 and fell to fifth before being turned around two corners later.

Gordon eased to victory by 0.4s, ahead of Harlien in second with the podium rounded out by Matt Brabham.

The final race of the weekend for the Stadium Super Trucks takes place on Sunday at 1415 (1445 AEDT).

Chris Brown has taken the win in Race 3 of the Improved Production series.

Leading from start to finish, Brown crossed the line ahead of Ray Hislop who carved through the field from 26th on the grid to finish second, while the podium was rounded out by Peter Ingram.

Improved Production will be out on track again on Sunday for its final race of the weekend at 0830 (0900 AEDT).