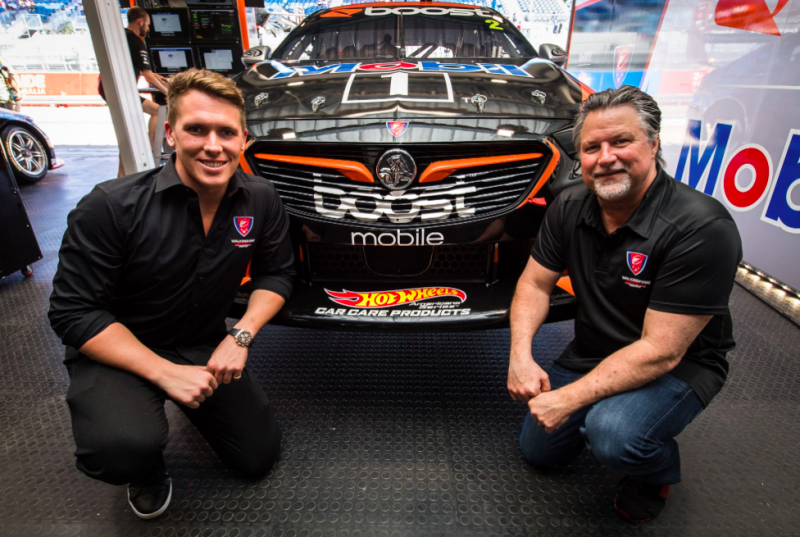 The Clayton Supercars squad is keen to align with a marque after losing its factory Holden support at the end of the 2016 season.

While the operation is in the early stages of its new guise, the Holden team is trying to convince brands to join the venture.

Andretti, who has made the trip to the Adelaide 500 to witness his new team’s first race, has revealed that some manufacturers have shown interest in backing a Supercars program.

“It’s too early to say (how far down the road we are with manufacturers). We’ve floated it out there. There’s a few that are a little interested in it but they need to look at it more,” said Andretti.

“I think they’ve got to come down and experience it.

“I think a lot of them don’t understand it because part of the problem is it’s a small market down here so they think it’s a big investment for being in a small market.

“So it’s trying to convince them that, ‘Okay, it’s a small market, but this is a major series. It’s one of the major series in the whole country,’ so there’s a huge following and there could still be a lot of value for somebody to come in and do it.”

This weekend’s visit to Adelaide comes off the back of a trip to last year’s Supercheap Auto Bathurst 1000 where Andretti’s partnership with the Walkinshaw team was announced.

It was at Mount Panorama where Andretti revealed that discussions had been held to field a special Walkinshaw Andretti United wildcard entry in this year’s Bathurst 1000.

The concept is still among Andretti’s hopes for 2018 although funding is the stumbling block currently.

“I’d love to do that, we’re still trying to get funding for it. I’d love to run my IndyCar guys, they’re begging me to do it, but we just haven’t been able to raise the sponsorship yet, but we’re working on it,” added Andretti.

“Marco (Andretti) would love to do it, Scott Speed’s like begging me to do it, so we’ll see.”

Andretti believes that McLaren Formula 1 star Fernando Alonso could even be tempted into doing the Great Race, but no such talks have been held between the Spaniard and fellow Walkinshaw Andretti United co-owner and McLaren boss Brown.

“You know, we didn’t really talk about that but probably if he threw it at him, Fernando would probably want to do it,” said Andretti.

“I mean, he’s a racer, he wants to drive everything, which is really cool. Who knows? I mean, three, four, five years down the road, it’s a possibility for sure.”

Walkinshaw Andretti United has made a strong start to the Adelaide 500 with James Courtney third fastest in Friday’s qualifying session.

Next Story Whincup Holden to return after overnight repair