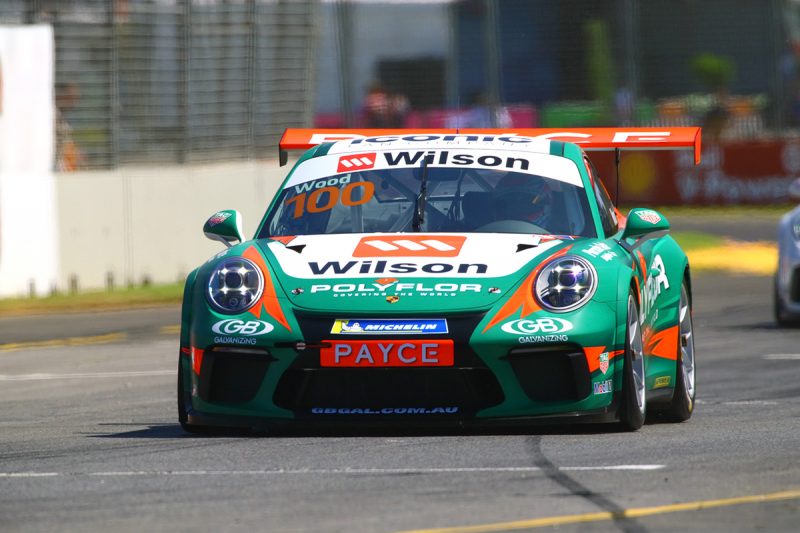 Dale Wood has claimed victory in the opening Porsche Wilson Security Carrera Cup Australia race on the streets of Adelaide.

The former Supercars driver withstood pressure throughout to take a narrow win over Jaxon Evans and Dylan O’Keeffe.

Wood gained the advantage courtesy of a strong jump off the line, pushing polesitter Evans into second place.

A clash on the opening lap saw Anthony Gilbertson turn Nick McBride around at Turn 9, McBride stranded in the escape road for the balance of the race.

Following the opening lap skirmishes, Wood settled down to hold a narrow advantage over Evans, with O’Keeffe and David Wall also in pursuit.

The front pair ran nose to tail throughout the 10-lap race, Wood emerging victorious from Evans, O’Keeffe and Wall.

In the Pro-Am class, Roger Lago claimed the win as he finished eighth overall, with Stephen Grove second in class finishing 10th outright, and Tim Miles third in class in 12th.