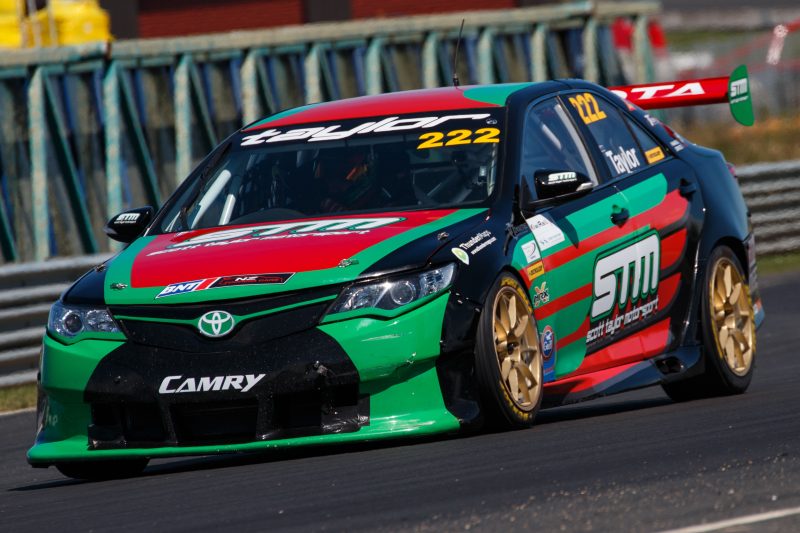 Scott Taylor will make his return to racing in next weekend’s final round of New Zealand’s BNT V8s after a several-month injury-enforced lay-off.

Taylor broke his back in a sizeable crash into a wall during the Australian Endurance Championship race at Sydney Motorsport Park last August.

The Gold Coast-based driver had originally planned to race the full NZV8 season until the accident which did not require surgery but did necessitate a long rehabilitation process.

He will finally drive his Toyota Camry, which Richards Team Motorsport will field alongside those of series contenders Andre Heimgartner and Jason Bargwanna, in Round 6 at Hampton Downs.

“The intention was always to race the car as I love the series and the people in it, not to mention the tracks in New Zealand,” said Taylor.

“The 230km/h, 62G hit that broke my back nine months ago meant I could not get back in a race car until I was better after a long recovery and rehabilitation had taken place but a broken back is a broken back so I need to treat it with care.

“My back actually took shorter to repair than first anticipated and I was able to fix it without an operation to fuse my L4 vertebrae thanks to a great Neurosurgeon and an extensive training commitment.

“I feel I am ready to get back into a car but again it will only occur if I physically feel right in the car.”

Taylor, who is also due to race in the Australian GT Championship which starts a fortnight later at the Australian Grand Prix, has received special dispensation from series organisers to drive the car on the Friday in order to test his fitness.

Should he not yet be up to the task, Craig Baird, who will be Taylor’s co-driver for this endurance rounds of the Australian GT Championship, will step into the breach.

Heimgartner leads Bargwanna by 69 points with the final round to take place on March 9-11.