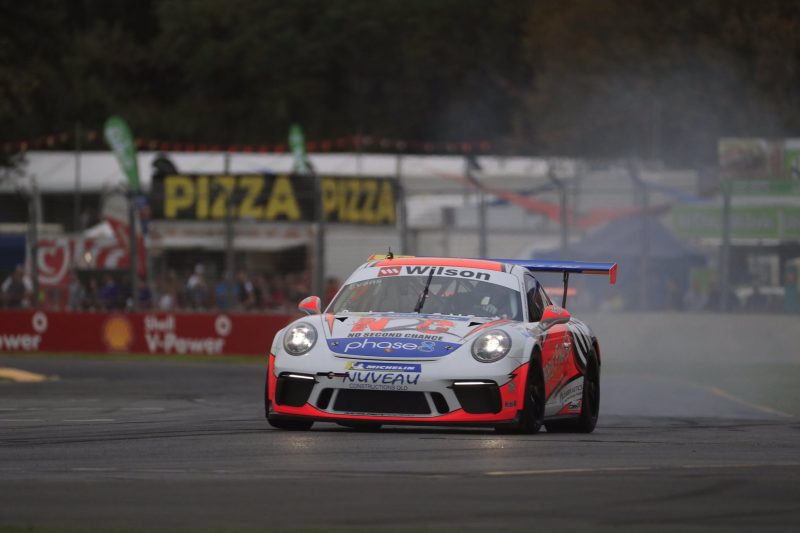 The McElrea Racing driver shattered the four-year-old qualifying record lap by more than 0.2s with a 1:21.2952s.

At the time, Evans was the only driver in the 1:21 bracket, though Dale Wood soon joined him.

Wood temporarily held pole position earlier in the session, his 1:22.6423s effort coming in a busy period which saw times continue to tumble.

The intensely competitive session saw the top five covered by less than a tenth of a second before the final flurry saw Evans go 0.7s faster than anyone else had managed.

He ended qualifying tenth fastest, the second fastest Pro-Am competitor behind Anthony Gilbertson, with series debutant John Steffensen third in class and 12th on the grid.

The opening Carrera Cup race of the weekend gets underway at 1245 local time (1215 AEDT).