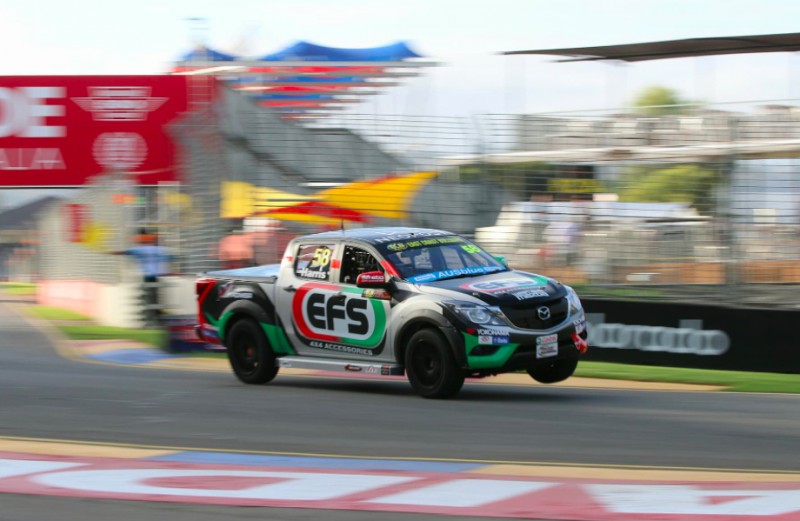 Ryal Harris has set the pace in the inaugural practice session for the ECB SuperUtes Series at the Adelaide 500.

Harris spent virtually the whole of the first 15 minutes of the session in pit lane, having pitted before completing a lap with smoke coming from his Peters Motorsport Mazda BT-50.

When the three-time V8 Ute Racing Series winner re-joined the circuit, he reeled out consecutive fastest laps to sit atop the timesheets by the end of the 20-minute hit-out.

Harris, who was briefly a second faster than the field, stopped the clocks at 1:46.0642s after the chequered flag.

Alexander and Aaron Cameron, in the other Peters BT-50, had traded top spot prior to Harris’ ascension, and Cameron ended up fourth-fastest.

Dontas spent most of the session in the pits with just two laps to his name.

MacKelden caused the only on-track incident of note when he spun harmlessly entering the main straight late in the session.

Tomas Gasperak did not appear in the Team 18 Holden Colorado, which the crew was still working on in the paddock area when the session started.