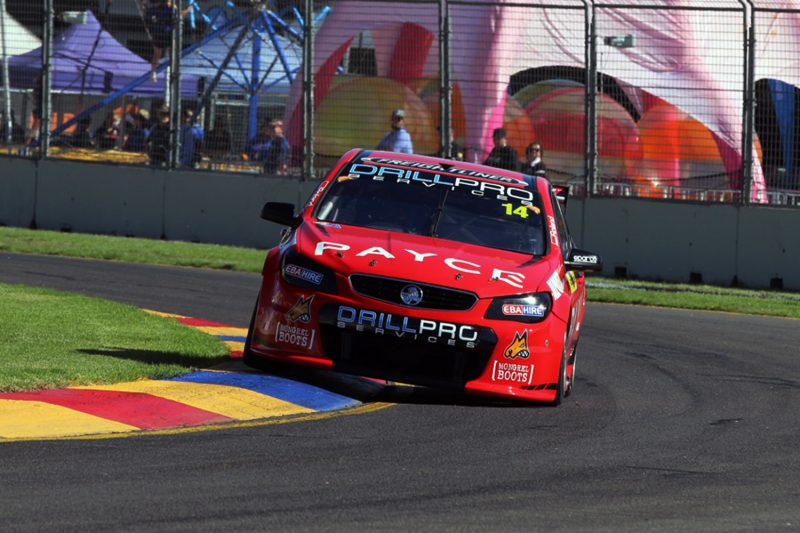 A flurry of activity late in the session saw the bulk of the field switch to fresh tyres, which saw the leaderboard change rapidly as the 25-minute hit out drew to a close.

Smith and Brenton Grove found the tyre bundle on the apex at the opening turn, Smith dislodging his front splitter and plucking the inner guard from the car, while Grove tore the front left guard from his Commodore.

Matt Chahda caught the ire of officials as the session got underway when he rolled down pit lane to sit at pit exit instead of sitting nose in to his nominated bay in pit lane.

The misdemeanour cost the VF Commodore driver a five-minute hold in pit lane during the session, a penalty he served when he stopped six minutes into proceedings.

Chris Pither and Paul Dumbrell set the pace in the opening stages before Jacobson laid down his time at the seven minute mark.

A quick lap midway through the session suggested Dumbrell had more in reserve, but the Eggleston Motorsport driver boxed at the end of the lap having set a strong times in the first two thirds of the lap.

Another impressive session from Thomas Randle saw the Tickford Racing rookie sixth best, having been fifth earlier in the session.

However a strong green tyre run in the dying moments of the session saw him maintain his place towards the top end of the time sheet.

Behind Jones and Jacobson, Dean Fiore set the third best time of the session, ahead of Jake Kostecki and Shae Davies rounding out a top five that was split by just 0.43s.

Super2 returns to the Adelaide Parklands Circuit at 1320 local time on Friday afternoon for qualifying.