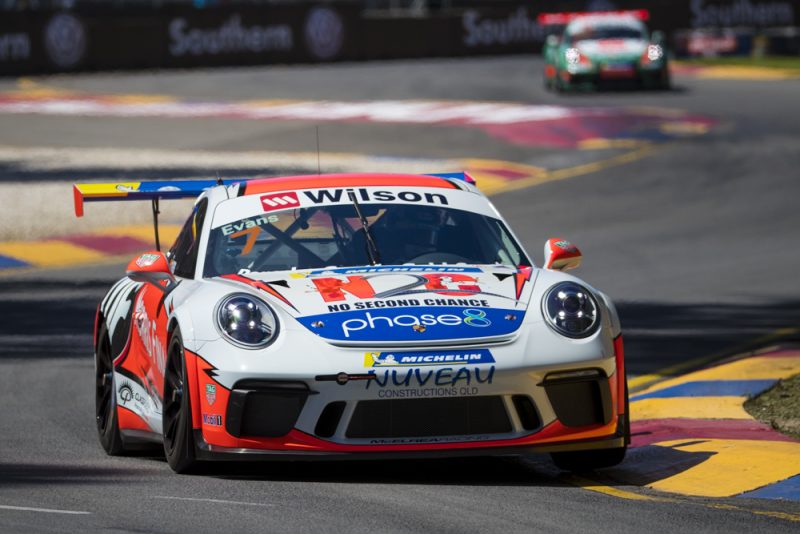 Having kept his powder drive during the first half of the session, Evans went to the top of the standings with a 1:22.1654s shortly after the midway point.

Not done there, the McElrea Racing driver then backed off for a lap before a second effort resulted with a 1:21.6986s.

Almond had set the early pace before Nick McBride put in a sequence of quick laps, progressively moving the marker from 1:23.0549s to 1:22.6420s.

However that was a time he was unable to improve on, and though it saw him fastest for a time he ended the session a time which left him sixth in the session results.

Dale Wood ended the day third fastest ahead of James Moffat and 2017 series winner David Wall, the top seven covered by less than a second.

The leading Pro-Am driver was Anthony Gilbertson, though Stephen Grove and Roger Lago both also had stints as the fastest non-professional.

Carrera Cup next takes to the circuit for qualifying on Friday morning at 0835 local time.