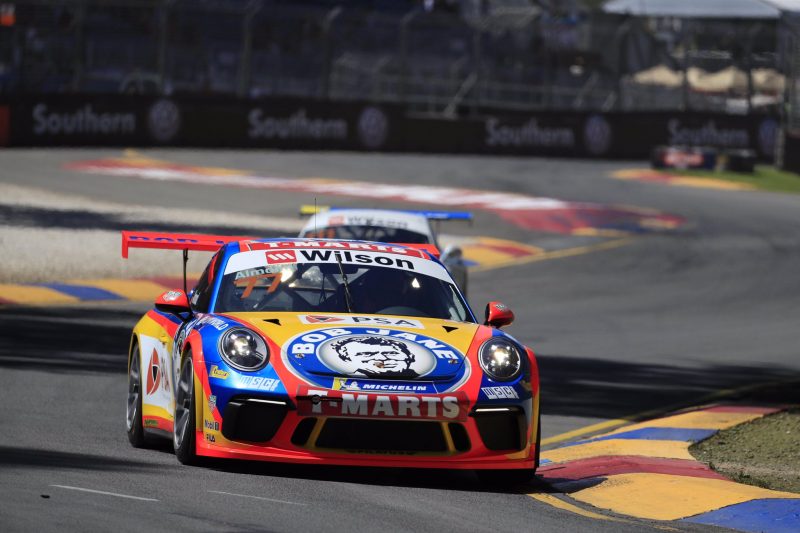 Michael Almond topped the first practice session for the 2018 Porsche Wilson Security Carrera Cup season on the streets of Adelaide.

The Sonic Motorsport run entry topped the timing sheets with a 1:22.8314s, a time set just prior to a red flag which ultimately ended the session.

A spin from James Moffat triggered the red when the Wall Racing driver lose the back end of the car, spinning into the gravel at the opening chicane and making light contact with the tyre wall.

With his car stranded, the red flag was shown and the session not restarted, leaving Almond on top ahead of Nick McBride and Moffat third best.

The Kiwi driver improved his own best on the following two laps, leaving the pace at a 1:23.4129s as the field headed back into the pit lane to check tyre pressures around the halfway point of the session.

Series debutant John Steffensen had a harmless spin at Turn 4, while Peter Major dropped a wheel under braking into the final corner to have his own pirouette.

Carrera Cup is back on track for qualifying at 1355 local time.