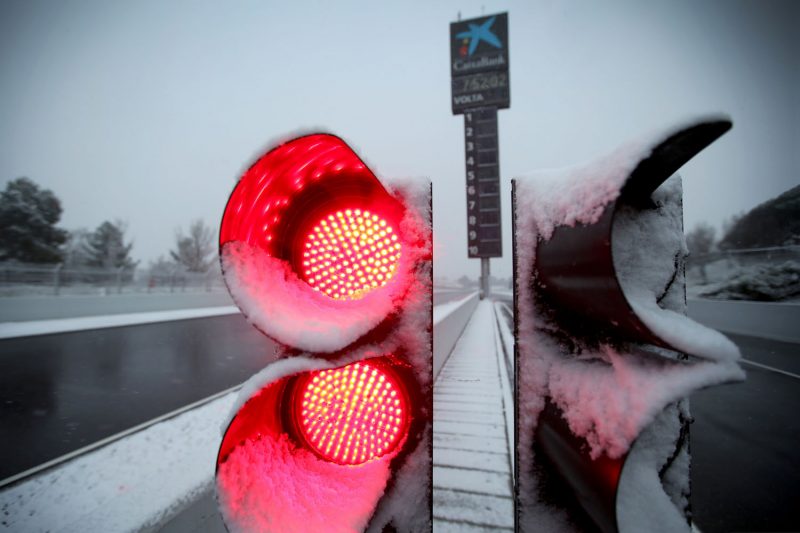 Testing was disrupted by snow

Tuesday’s session had been interrupted by snow, before a further snowfall blanketed the venue overnight and continued to fall throughout Wednesday morning.

With conditions preventing the operation of the medical helicopter, circuit officials elected not to start Wednesday’s session as scheduled at 0900 local time.

Conditions eventually improved, with the green light eventually shown at 1200 local time after a three-hour delay.

VIDEO: A snowy lap of the Barcelona circuit

Next Story Alonso sets only time in rained out F1 test

Previous Story Renault gives Red Bull until May for 2019 engine