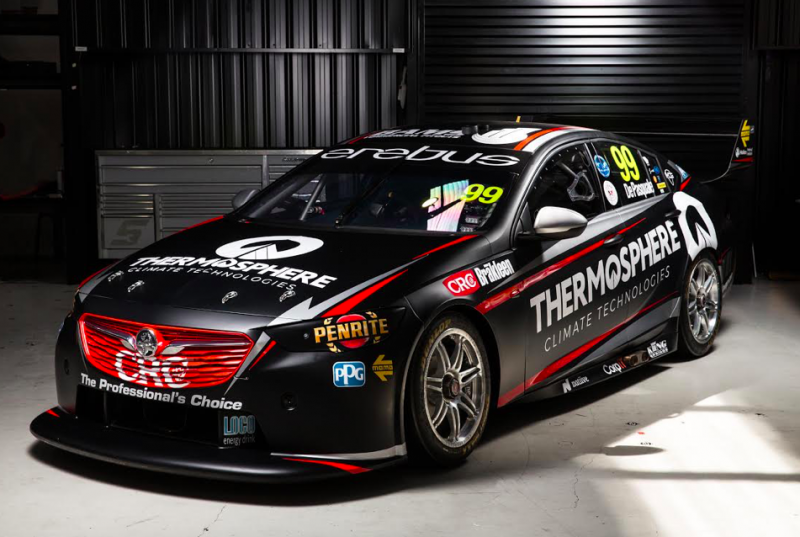 Erebus Motorsport has confirmed the title sponsor for Anton De Pasquale’s Holden Commodore ahead of the rookie’s Supercars Championship debut at this weekend’s Adelaide 500.

The #99 ran without a primary backer at the recent pre-season test at Sydney Motorsport Park.

This weekend’s season opener in the South Australian capital will represent a milestone moment for the 22-year-old who will make his Supercars debut having raced successfully in Super2 last year.

De Pasquale is one of five Supercars debutants this weekend.

“Not only does the car look good, it’s extra special being my debut,” said De Pasquale.

“It’s very exciting to be rolling out for my first main game event this weekend, and it’s fantastic to have the support of Thermosphere.

“The crew have been working tirelessly the past few months to prepare the new Commodores.

“Both test days ran faultlessly and it was a great opportunity to get really comfortable ahead of the first race.”

De Pasquale will hit the track for the first time on Friday when opening practice begins at 0945 local time.

Next Story Plus Fitness colours for Heimgartner Nissan