Team Triton has released the livery which Toby Price’s Mitsubishi SuperUte will carry in this year’s inaugural series as well as a revised look for team-mate Craig Dontas.

Price, a Mitsubishi ambassador, will carry the signage of Mitsubishi Motors Genuine Accessories on his #87 Triton.

Dontas’ Total Tools SuperUte had already broken cover as one of the category’s first two prototypes, but takes on a revised livery as a result of sponsorship from Vilis and Bosch.

The car has also switched to #50, instead of the South Australian driver’s traditional #45, in a nod to the 50th anniversary of Vilis.

Price is expected to compete in at least three of the eight rounds of the ECB SuperUtes Series, with further starts potentially fitted around his FIM Cross-Country Rallies World Championship commitments.

Dontas had become a stalwart of the V8 Ute Racing Series, in which he debuted in 2006 and generally competed on a full-time basis.

Sieders Racing Team has entered the two Tritons, as well as a Toyota Hilux to be driven by Matt MacKelden.

It will also run a further two Hiluxes for customer Western Sydney Motorsport, which Ben Walsh and Craig Woods will race.

SuperUtes are first on track at the Adelaide 500 for their sole practice session on Thursday at 0815 local time/0845 AEDT, with qualifying mid-afternoon. 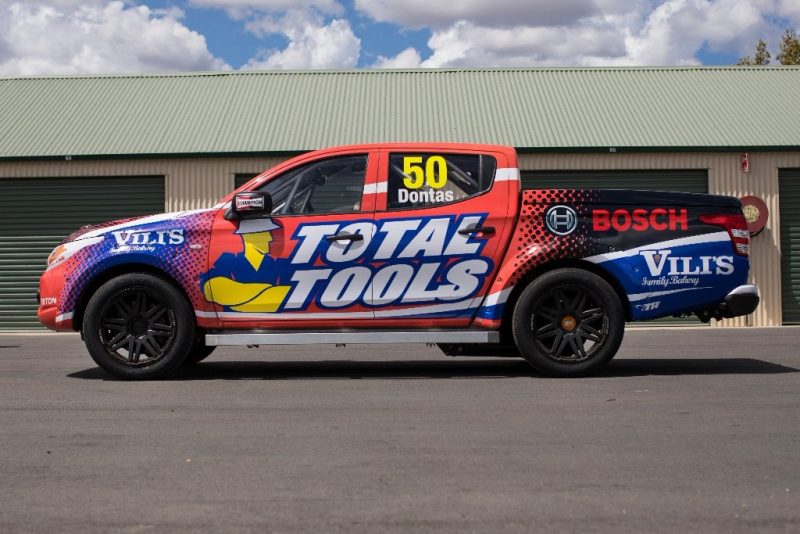 Next Story ‘Crazy hours’ to finish off Sieders SuperUtes