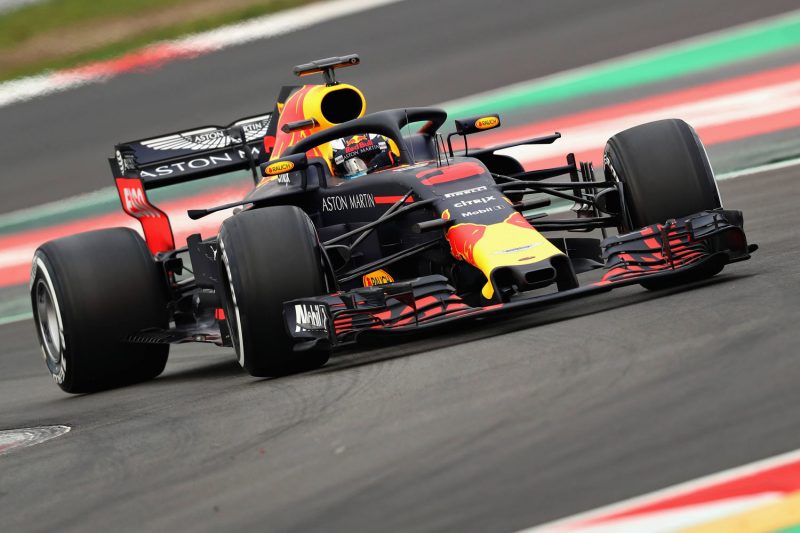 Daniel Ricciardo has put Red Bull on top of the time sheets after the opening day’s running at the first 2018 Formula 1 pre-season test in Barcelona.

More importantly however was the Australian banked 105 laps over the course of the day, proving not only the pace but reliability of the new Red Bull.

“That was… cold! But apart from that it was good,” Ricciardo said.

“In the morning when it was dry everything was fine but in the afternoon the conditions were really tricky.

“So reliability was solid and hats off to everyone for that.

“Performance? Yeah, It’s nice to see yourself at the top of the timesheets but in two-degree temperatures you really can’t learn anything!”

Second best was Valtteri Bottas, Mercedes banking 83 laps in total with Lewis Hamilton heading out for 25 laps in the afternoon session.

“The initial feeling of the car was good, it was behaving well,” Bottas said of his new car.

“I couldn’t point out any negatives compared to last year’s car, only positives so far.

“We got everything done that we had planned,” he continued.

“The main mission for the morning was to gather aerodynamic data, so I was doing runs at constant speeds.

“I got a few practice laps for myself as well; but that kind of running was very limited.

“We didn’t do any performance running, so I haven’t pushed the W09 to its limits yet.”

Recording the second most laps was Toro Rosso’s Brendon Hartley, who ended the day mid-pack with 93 laps.

An early red flag was shown when Fernando Alonso’s McLaren suffered left-rear wheel nut failure, leaving the Spaniard buried in the gravel at the final turn.

Despite the interruption, which happened on Alonso’s fourth timed lap, McLaren still chalked up 51 laps.

Force India’s Nikita Mazepin drew the second red flag of the morning session when he spun at Turn 4.

Having been recovered to the pits, the car did not reappear and the team managed a total of just 22 laps in the day, citing brake cooling issues as the reason for its limited running.

Rain later in the day saw a number of teams elect to end their programs early, though Ricciardo and Red Bull stuck it out until the close of play.

The opening pre-season test continues to test at Circuit de Catalunya, where the temperature is expected to reach a maximum of five degrees.

Fernando Alonso we will back soon! Here is his accident few minutes ago #F1Testing pic.twitter.com/wczam0gjzZ