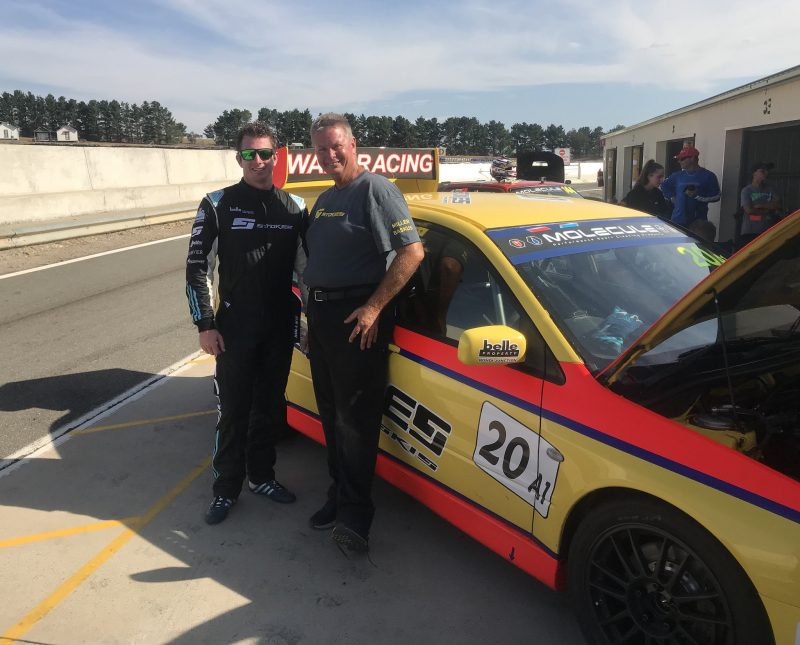 Queensland police officer Jason Miller will be seeking more speed when he lines up for his first season in Australian Production Cars.

Miller will drive an A1 class Mitsubishi Evo IX GSR which will be prepared by Wall Racing and plans to contest all five rounds, starting at Sandown on May 11-13.

The Far North Queensland resident is a class winner in the Winton 300 and Phillip Island 944 Challenge, amid multiple starts in the former event and also the Wakefield 300.

“We plan to race at all five rounds of the Australian Production Cars series in 2018,” said Miller.

“This will be my first crack at a national championship and I can’t wait to see what we can do.

“Our aim is to finish in the top six; anything above that will be a bonus.

“Sandown can’t come soon enough. The car might not be the latest when it comes to machinery, but it is a good car and we have a good crew around it.”

Miller is not the first member of his family to have competed in motorsport, with father and team manager Jamie having previously raced in the Bathurst 1000 and also the Australian Super Touring Championship.

“Dad has competed at Bathurst on six occasions, including five 1000s and a 500, and finished every time,” Miller explained.

“As well as Supercars, he also has raced in the Macau Grand Prix and the Australian Super Touring Car Championship so he knows what he is doing.

“I am very lucky to have his guidance as I look to tackle the APC.”

Miller’s car is the Evo formerly owned by Allan East and raced at various times by John Bowe, David Wall, and the late Des Wall in the Bathurst 12 Hour and Bathurst 6 Hour.

He will drive alone in the quartet of hour-long races which make up Round 1, with his co-driver for the other rounds yet to be announced.