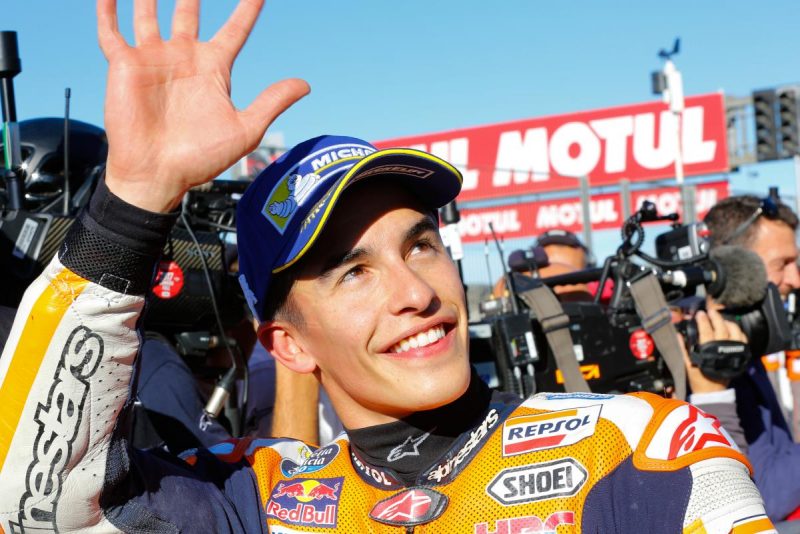 Four-time MotoGP champion Marc Marquez has signed on for another two years at Honda, taking him to at least the end of 2020 with the factory team.

Marquez stepped into the premier class with Repsol Honda in 2013, winning the world championship as a rookie and adding three more in the four years since (2014, 2016, 2017).

“I’m excited to continue to race for Honda’s factory team in the MotoGP class,” said the 25-year-old.

“I’m proud to race as a member of the Honda family, and I appreciate how Honda and the team always do their best to provide me with everything I need.

“I would also like to thank everyone who has given me such warm support over the years.

“The first two official (pre-season) tests went well and, with my contract renewed, I can focus on racing in the new season.”

HRC President Yoshishige Nomura noted the benefits of getting the contract renewal out of the way before the new season.

“I am very pleased that Marc Marquez will continue to ride for our factory team,” he said.

“Marquez has consistently pushed himself to the limit and matured as a rider, and given Honda many titles.

“We were able to announce the contract renewal at such an early stage due to our mutual trust, and our common passion for racing.

“I am certain that we can provide an environment for him to concentrate on the final tests in Qatar this week and in the lead-up to the opening round, and that we can start the 2018 season strongly.”

Marquez’s signature is the second piece in the puzzle in a year which all 12 factory riders had entered in the final year of their respective contracts.

Maverick Viñales’ renewal at Movistar Yamaha, also for two more years, was announced at the team’s season launch in late-January.

The final pre-season MotoGP test begins in Qatar on Thursday.

Next Story Viñales pips Dovizioso on Day 1 of Qatar test