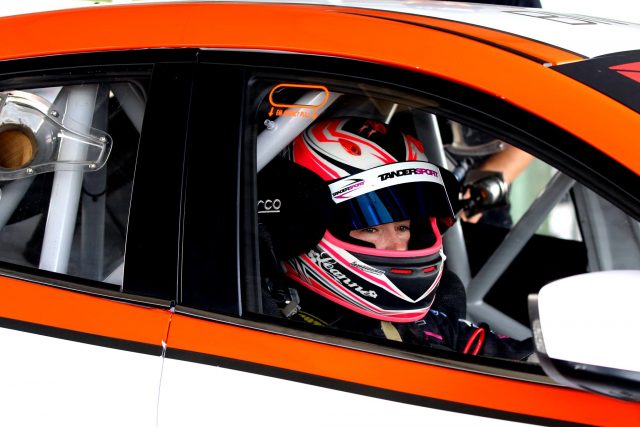 Leanne Tander has received a surprise late call-up to make a debut appearance in Porsche Carrera Cup Australia at the Adelaide 500 this weekend.

Tander has been selected to to pilot the #888 Ash Seward Motorsport run entry in place of Alex Davison, who has been sidelined due to other motor racing commitments, which Speedcafe.com understands will see him miss three rounds this season.

In what is believed to be a one-off drive, Tander says the opportunity fulfils an ambition to compete in the popular one-make category.

The 37-year-old, who won the 2016 Formula Ford Series, has tasted the all-new 2018 specification Carrera Cup car at Sandown prior to this weekend’s race.

“Carrera Cup is a series in which I’ve never driven, but I’ve always wanted to. So when I got the call-up to race in Adelaide, I was absolutely all for it,” said Tander, who will race in the Pro class.

“The test went really well. It had been a while since I’ve driven anything that fast; the car has amazing speed and power but is also really enjoyable to drive. I’m really looking forward to Adelaide.”

The opening round of the season will see a bumper 26-car field take to the Adelaide streets which will be the first round for the latest generation Carrera Cup car in Australia.