Grove Racing has revealed the look of Stephen Grove’s new-generation Porsche 911 GT3 Cup car ahead of this weekend’s Carrera Cup opener in Adelaide.

The 2017 TAG Heuer Carrera Challenge champion’s ride returns to a red and black scheme similar to that which son Brenton’s VF Commodore will carry in his rookie Dunlop Super2 Series season.

One difference is the retention of the boxing kangaroo which featured on the car that the Groves and Brit Ben Barker took to a Class B win in this year’s Liqui-Moly Bathurst 12 Hour.

Stephen Grove’s hopes in what becomes the Pro-Am class in this year’s Porsche Wilson Security Carrera Cup have been bolstered by having the opportunity to already drive the new-generation car overseas last year and in January’s 24 Hours of Dubai, when he was runner-up in the 991-Am class.

“It was great to be able to claim a second title last year, however, that’s pretty firmly in the past,” he declared.

“I’m excited to come back with a new field of drivers and once again give it my all.

“Carrera Cup is such an exciting program, and the proof is in the pudding with Porsche’s Motorsport Pyramid and their presence across the globe.

“I’m excited to be able to race it back at home on some familiar circuits to continuing learning about its capabilities.”

The Melbourne-based team has also announced a move to a brand-new facility in Pakenham which will house the Cup Car and Commodore. 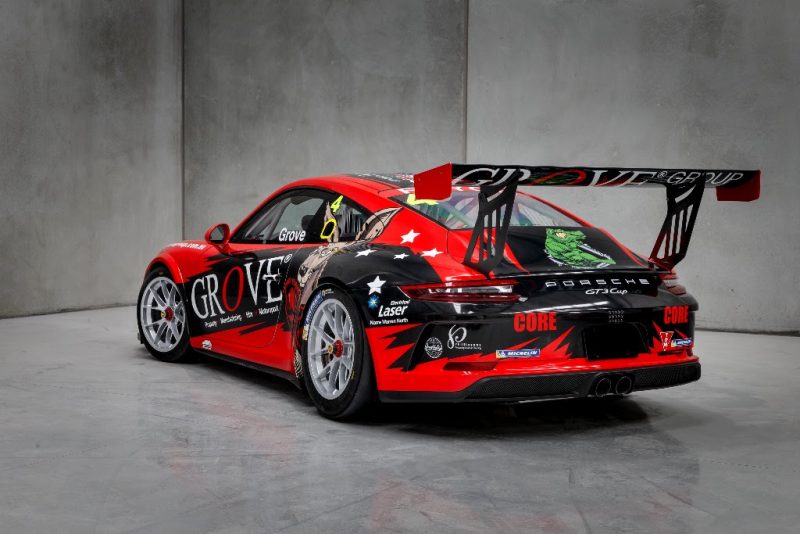 Next Story Tander to replace Davison in Carrera Cup opener