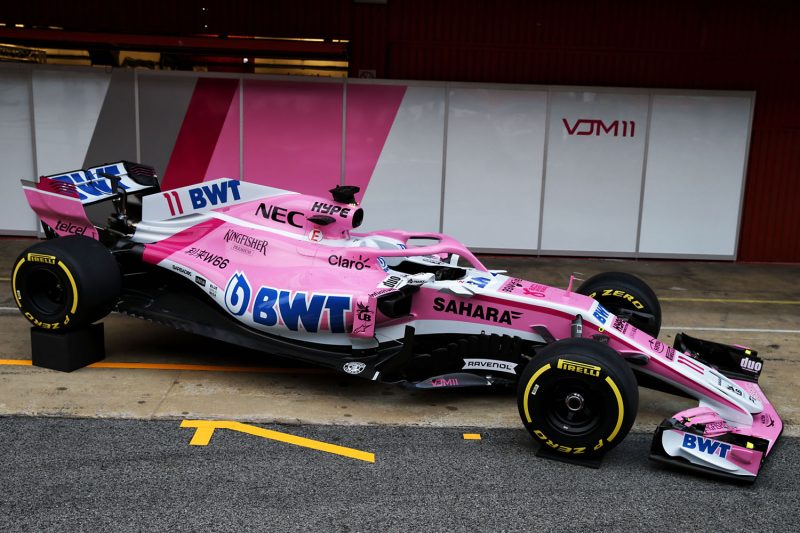 Force India has rolled its latest machine into pit lane ahead of today’s opening Formula 1 pre-season test in Barcelona.

The squad, which has finished fourth in the constructors’ championship for the last two seasons, is the last of the sport’s 10 teams to show off its new car.

Powered by Mercedes, the team is set for a boost this season after a new directive from the FIA that all engine suppliers should give customer teams a more equal competitive playing field.

Last year it became evident that, during qualifying, the factory Mercedes team was able to dial up its engine beyond the reaches of its customers.

From this season, the new directive insists that all factory and customer teams receive identical power units capable of producing the same engine modes.

Sergio Perez and Esteban Ocon remain with the team, Perez for his eighth season in F1 and fifth with the team.

Ocon enters his second full season, having competed in a handful of races with Manor Racing at the end of the 2016 season.

Toro Rosso has not officially unveiled its car, however did share an image of it performing a shakedown test last week.

All teams will now take to the Barcelona circuit for the first of two four-day pre-season tests. 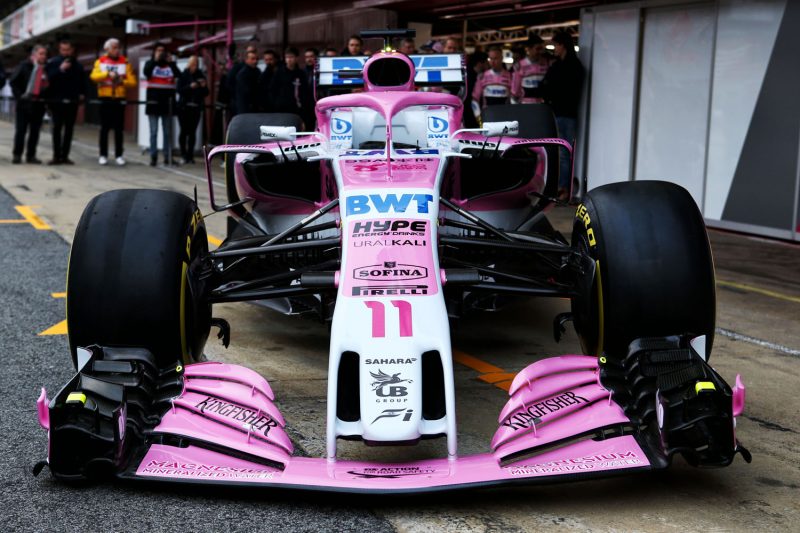 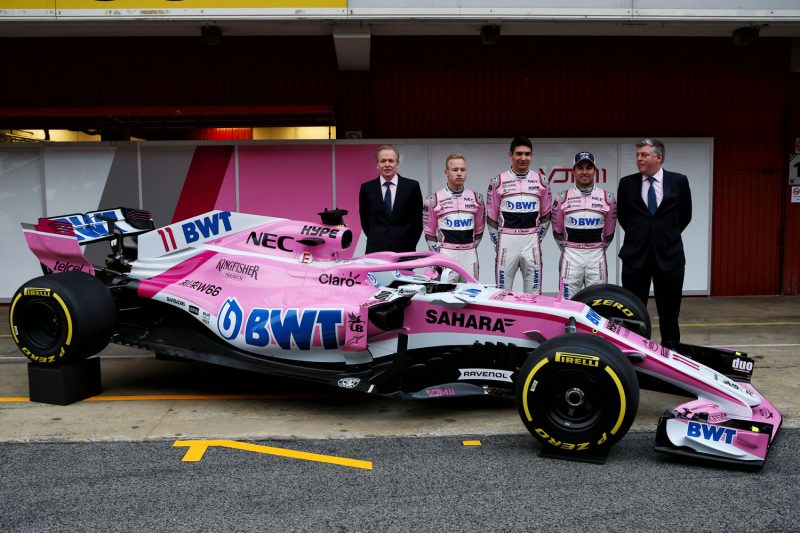