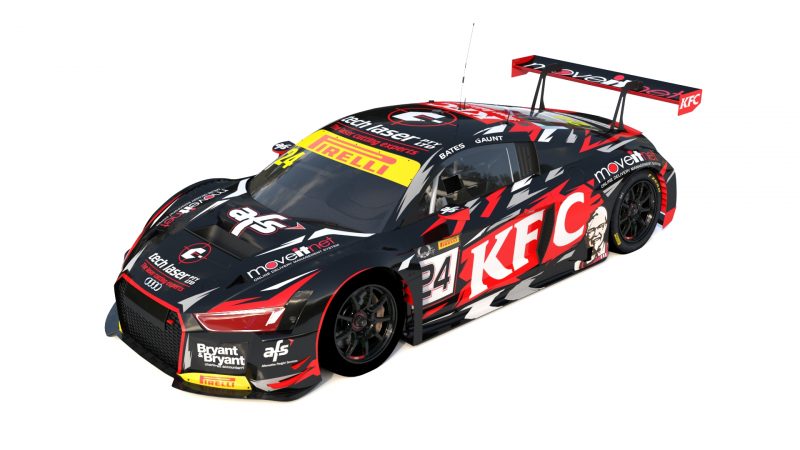 Tony Bates will drive an Audi in this year’s Australian GT Championship as he makes his racing return after a crash last July which saw him hospitalised.

Bates will campaign his recently-purchased R8 LMS GT3, which will be prepared by Melbourne Performance Centre, in Australian GT as well as this weekend’s Audi R8 LMS Cup round at the Adelaide 500.

As part of the announcement, it has been revealed that Daniel Gaunt will share the Audi for the Australian Grand Prix round and three endurance races in the 2018 Australian GT season.

The start will be Bates’ first since the Australian GT round at last year’s Watpac Townsville 400, when a first corner clash with Steven Richards saw the then-Mercedes driver take a hard hit against a concrete wall.

He was conveyed to hospital in Townsville and has since had surgery on both shoulders.

Bates tested the R8 at Winton last week, having embarked on an intensive fitness program in readiness for his comeback.

“I’ve been doing a lot of physical activity, especially bike-riding, to make sure I’m in tip-top shape for Adelaide,” he explained.

“It was fantastic to be back behind the wheel of a race car at Winton last week.

“Melbourne Performance Centre are looking after the preparation and they’ve done a sensational job; I felt comfortable straight away and was able to set some fast times on old tyres.”

Bates will arrive at Adelaide as last year’s Australian GT round winner in the South Australian capital, when he won two of the three races, and has also enjoyed a streak of Carrera Cup Carrera Challenge class wins there.

“Adelaide has been a happy hunting ground for me, and I’m interested to see how the R8 LMS Cup will shake out,” he observed.

“It’s an event exclusively for semi-pro drivers and there are a lot of competitors from overseas as well as Australia.

“Basically, we are representing ourselves and, in a sense, Australia against the international drivers.

Bates will be joined by long-time associate Gaunt for the first time in 2018 when Australian GT kicks off at Albert Park three weekends later.

“Daniel will team up with me in the Australian Grand Prix and the three endurance rounds,” said Bates.

“He brings a wealth of experience and ability, and to race with such a close friend has added to the excitement of this year’s program.”

Next Story Erebus in Bentley talks for GT comeback