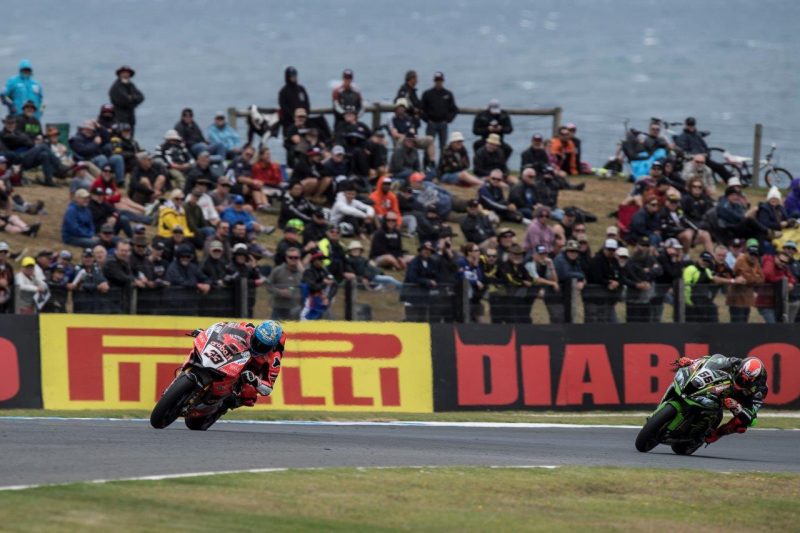 Today’s second Superbike World Championship race will be run with a flag to flag procedure due to concerns over tyre life at Phillip Island.

Riders will have to pit at the end of Laps 10 to 12 to change rear tyres after Saturday’s opening race saw several competitors struggle with the wear of their Pirelli tyres.

There has been no announcement of a change to the scheduled race distance of 22 laps.

“Unfortunately we had some issues regarding the tyre life,” admitted WorldSBK Sporting Director Gregorio Lavilla.

“Following a meeting with the teams to discuss the possible options, we decided the best way was to do a flag to flag, which luckily our rules comply with.

“We normally use it for climatic purposes, but now we are using it for other purposes, unless its rains.”

Kawasaki’s Jonathan Rea appeared to be particularly affected by tyre wear, several times looked down at his rear tyre during the latter stages of Race 1.

He later revealed it had been blistering and was being nursed to the finish.

The defending world champion slumped from third and a margin of five seconds to the next bike with seven laps remaining, to trail the fourth-placed Xavi Fores by four seconds at the finish.

The Supersport World Championship has been shortened from 18 to 16 laps and will also run as a flag to flag encounter.

MotoGP experienced similar problems in 2013, resulting in a mandatory pit stop around halfway.

Race 1 winner Marco Melandri will be ninth on the grid when the lights go out at 1500 local time/AEDT.

Next Story Melandri wins at the line in Phillip Island WSBK