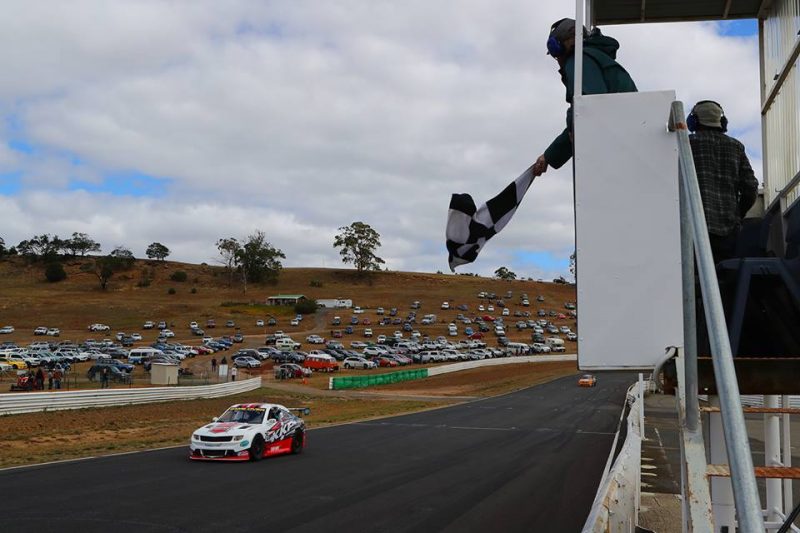 A pair of Sunday race wins has helped Kel Treseder claim the opening round of the Aussie Racing Cars series at Baskerville Raceway.

A top 10 reverse grid wasn’t enough to stop the front-runners in Race 3, with Treseder taking victory from ninth at the start and Justin Ruggier, winner of Saturday’s two races, 0.7s further back.

Blake Sciberras had actually been first to take the chequered flag but a 30 second time penalty for passing under yellow flags put the weekend’s pole-sitter back to 14th.

Ruggier and Treseder shared the front row for Race 4 and the latter initially held a narrow lead over the former.

Joel Heinrich bought in to the contest for first place, passing Ruggier on Lap 2 and Treseder on Lap 6.

Treseder re-passed a lap later and began to make some margin as Heinrich and Ruggier continued to battle.

Ruggier reclaimed second position and was on track for round honours until a crankshaft failure on the second-last lap.

The “gutted” Western Sydney Motorsport driver eventually finished the race 16th and the round seventh.

For Treseder, however, the result represented a significant reversal of fortunes after gearbox problems had consigned the KKP Motorsport entry to 14th in qualifying and an uphill battle to even make the first race of the weekend.

“It was a pretty big turnaround after breaking a gearbox in quali but today we got a clean run at it,” the former Australian Karting Champion told Speedcafe.com.

“It’s a cracker start so we’ll see what happens for the rest of the year.

Heinrich, Gowans, Sciberras, and Ensbey rounded out the top five in Race 4.

Round 2 of Aussie Racing Cars supports the WD-40 Phillip Island SuperSprint on April 20-22.