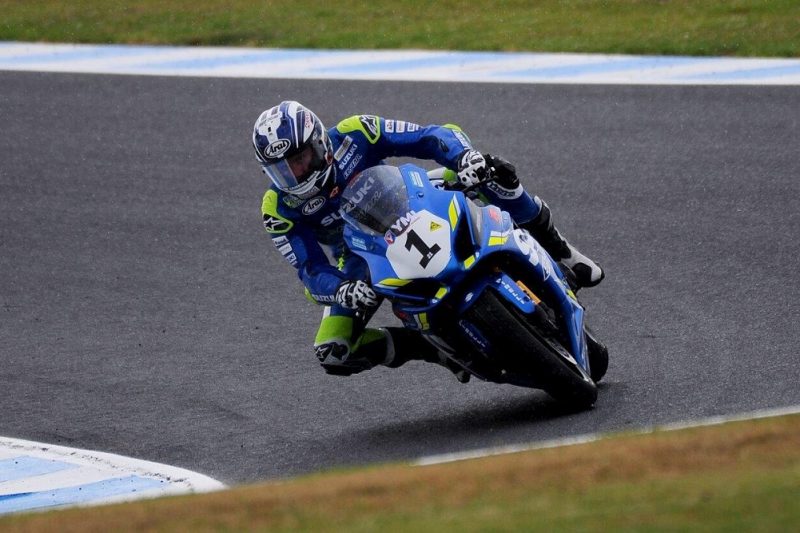 Josh Waters has taken pole position as Troy Bayliss got onto the front row for Round 1 of the Yamaha Motor Finance Australian Superbike Championship at a wet Phillip Island. 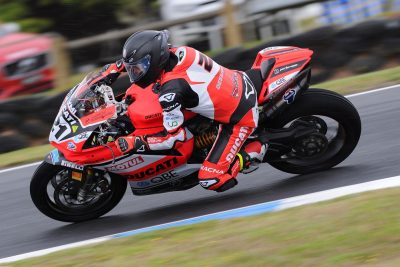 Qualifying began with a wet track before the rain became heavier during the 20-minute session.

Waters (Suzuki) began his championship defence with a fastest lap 10s adrift of his Thursday practice benchmark but nearly a second better than the rest in the challenging conditions.

Wayne Maxwell (Yamaha) was next-best, while Troy Bayliss (Ducati) also made the front row in his first ASBK round since 1997 and the start of his first proper season of racing since winning the 2008 Superbike World Championship.

“I think that was my first ride in the rain in 10 years,” said Bayliss.

“It took a while to get a feel for the bike in the conditions but I eventually got comfortable.

“If you concentrate it’s actually physically easier on the body in the wet conditions.

“It’s a great spot for tomorrow’s race and Sunday.”

Only the top 40 qualifiers will form the packed grid for Race 1 tomorrow from 1640 local time/AEDT, with two more races on Sunday. 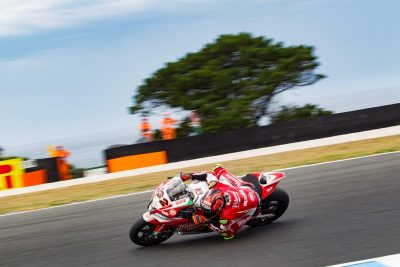 In Round 1 of World Superbikes’ Yamaha Finance Australian Round, Lorenzo Savadori (Milwaukee Aprilia) clocked the fastest lap of the day’s three practice sessions.

The Italian was quickest in Free Practice 2, the only session unaffected by rain, ahead of Leon Camier (Red Bull Honda) Eugene Laverty (Milwaukee Aprilia).

Alex Lowes earned direct passage to Superpole 2 despite a crash at Lukey Heights in FP2.

There will be another practice session tomorrow morning before the Superpole sessions and the first race of the season at 1500 local time/AEDT.

Previous Story Tech3 and Yamaha to split at end of 2018