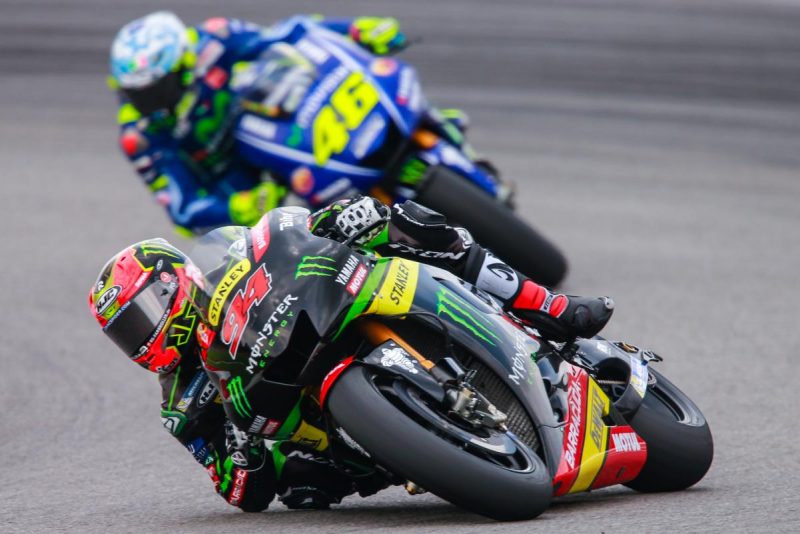 Tech3 will split from Yamaha at the end of 2018 pic: MotoGP.com

Tech3 has received an offer it “couldn’t say no” to and will end its relationship with Yamaha at the end of the upcoming MotoGP season.

The French-based squad has run as a satellite Yamaha team since entering MotoGP in 2001, and also campaigned with the Japanese manufacturer’s bikes in the 250cc class in the two years prior.

Tech3 has not named which make it will partner with in 2019, while Yamaha is provisionally without a satellite team at the end of this year.

“Tech3 is a small company, which has to think about the future and has to weigh the different options,” explained team principal Hervé Poncharal.

“We’ve been offered a deal, that includes something we’ve been waiting for almost since we started with Tech3 and I couldn’t say no.

“But obviously, we are the Monster Yamaha Team until the last lap of the Valencia GP 2018 (the final race of the season).

“Johann Zarco and Hafizh Syahrin will be fighting for top positions and without a doubt, Yamaha can count on us to be a loyal performant partner.

“One more time a huge thank you for Yamaha’s support. I hope they can carry on and have the success they deserve and eventually find a partner to replace Tech3.”

The announcement comes just over a month after comments from Poncharal that Yamaha would opt to supply Valentino Rossi’s Team VR46 outfit instead of Tech3 should the legendary rider bring his team, which currently runs in Moto2 and Moto3, up to the premier class.

Rossi, who turned 39 a week ago, is off-contract at the end of the season with his future set to be influenced by how he starts this season.

However, Yamaha indicated in a comment released in the announcement that Tech3 had initiated the parting of ways.

“Very recently we were informed by Hervé Poncharal, the owner of Tech3, that he has decided not to extend his contract with Yamaha to lease YZR-M1 bikes,” said Kouichi Tsuji, Yamaha’s General Manager Motorsports Development Division.

“After discussions with Hervé it was clear that he has chosen to align with a new partner for the future and therefore, regretfully, we were obliged to respect and accept his decision.

“We are very grateful for Hervé’s loyalty and support to the Yamaha brand and for the excellent results obtained throughout that time.

“We will continue to provide our full support to the Tech3 team and their riders throughout the 2018 season, while we simultaneously evaluate our options for an alternative team in the MotoGP World Championship class for 2019 and beyond.”

Neither KTM, Suzuki, nor Aprilia currently have satellite teams, while there are eight Ducatis and six Hondas on the 24-bike grid.

The former two therefore appear the most likely options for Tech3 from next year.

The final pre-season test starts in Qatar on March 1.

Previous Story Bayliss impresses on first day back in ASBK