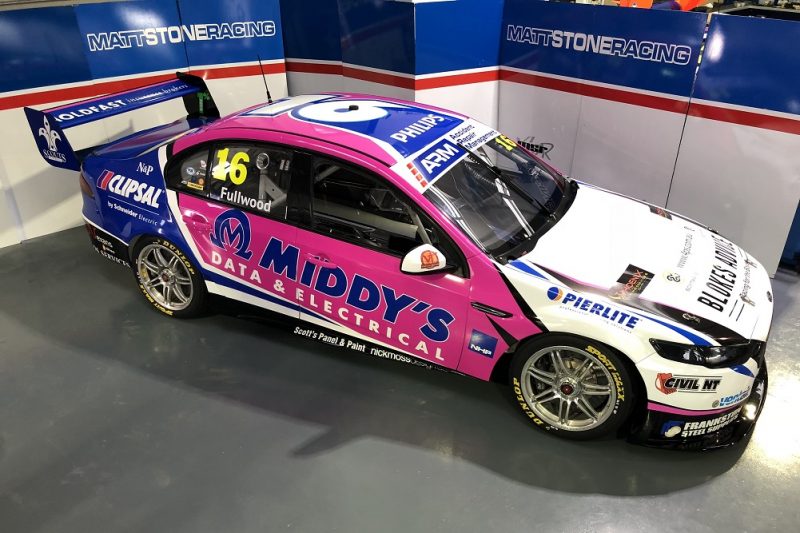 Matt Stone Racing has released the livery of the ex-DJR Team Penske FGX Falcon which Bryce Fullwood will pilot in this year’s Dunlop Super2 Series.

Fullwood has switched to the series-winning outfit from MW Motorsport, and with that will drive a third car in the space of two seasons in Super2, having raced both a previous-spec Ford FG Falcon and a Nissan Altima in 2017.

“We’ve got a huge year ahead of us and I cannot wait to get to Adelaide to kick off the start of the 2018 Dunlop Super2 Series.

“We’ve had two test days to get to know the car going into Adelaide, but as a new car to the team and myself I’m sure it’ll take a little while to figure the car out and get an understanding of it.”

Fullwood finished 11th in last year’s Super2 season, all three of his podiums coming in the COTF Altima, including the final race in Newcastle.

MSR has bought two FGX Falcons from DJRTP for this year, with 2017 Super2 Series winner Todd Hazelwood and the team graduating to the Virgin Australia Supercars Championship in the other.

Hazelwood’s old Triple Eight-built VF Commodore will stay in Super2 in the hands of Tyler Greenbury, meaning that MSR will again campaign both Ford and Holden hardware.