Syahrin confirmed at Tech3 for 2018

Syahrin confirmed at Tech3 for 2018 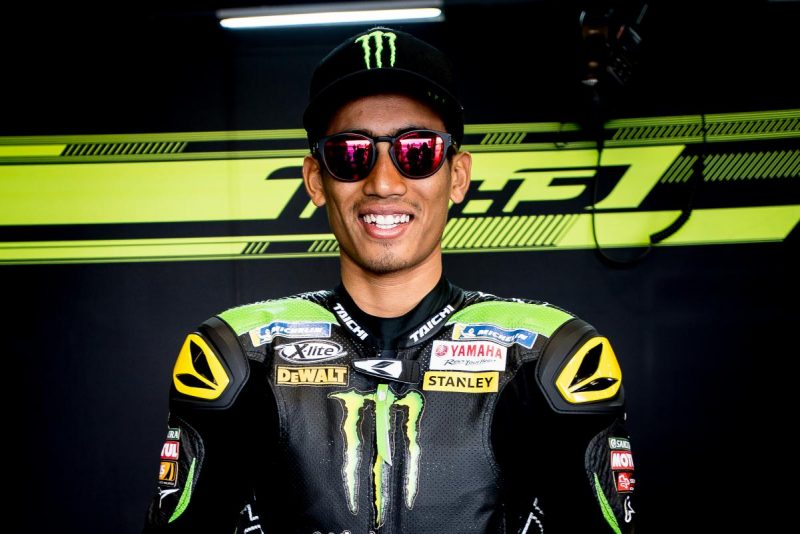 Monster Yamaha Tech3 has announced that Hafizh Syahrin will replace Jonas Folger for the duration of the upcoming MotoGP season.

Syahrin rode the team’s second YZR-M1 in the recent Buriram test before receiving the call-up to join Johann Zarco as team-mate on a more permanent basis.

He will become the first Malaysian to ride in the premier class of grand prix motorcycle racing.

“I’m incredibly delighted after receiving the good news that I will ride with Monster Yamaha Tech3 in 2018,” said Syahrin.

“Following three very interesting and great days of testing in Buriram, where I learned a lot, I want to thank my crew again, especially Nico and Maxime, but also Johann and Laurent for their advices.

“In just a short time, I really learned to fully control a MotoGP bike, which is still unbelievable for me.

“I want to thank Hervé (Poncharal, team principal), Yamaha Motor Corporation, Monster and the entire Tech3 team to believe in me and giving me this fantastic opportunity to compete full season in MotoGP.” 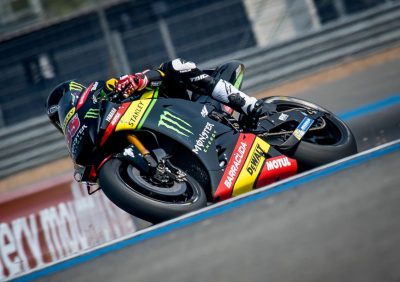 Syahrin was 24th and last on the first day of testing at the future Thai Grand Prix venue and 2.4s off the pace, but got to 22nd and 1.8s off the pace by the end of the three days

His appointment, however, was not unexpected given that he had already been replaced by Zulfahmi Khairuddin at Moto2 outfit SIC Racing Team, which is owned by the Sepang International Circuit.

The search for a replacement rider at Tech3 was triggered when Folger, who missed the final four races of 2017, had to pull out of this season as he continues to recover from Gilbert’s syndrome.

“It’s been a tough time since we heard from Jonas Folger, that unfortunately he decided not to race in 2018 in order to look after his health and try to fully recover,” said Poncharal.

“It has been a long process to find somebody, who could be the one.

“We had to convince all the people around us, that Hafizh is going to be a good MotoGP rider. Therefore, we had to give him a tough task during the three days of testing in Buriram.

“In the end, he did a tremendous job, he fulfilled the mission. Yamaha was more than happy with his performance and the whole Tech3 team was delighted.

“I am very honoured and proud to give him this chance and I know this is going to be something historical, because it’s the first time that a Malaysian rider is racing a full season on a MotoGP bike and we know how popular our sport in this part of the world is.”

Syahrin has four full Moto2 seasons under his belt with a best championship finish of ninth in 2016, with his two podiums both coming last year.

The 23-year-old, who will carry #55 into the premier class, gets his next MotoGP in the Qatar test on March 1-3.