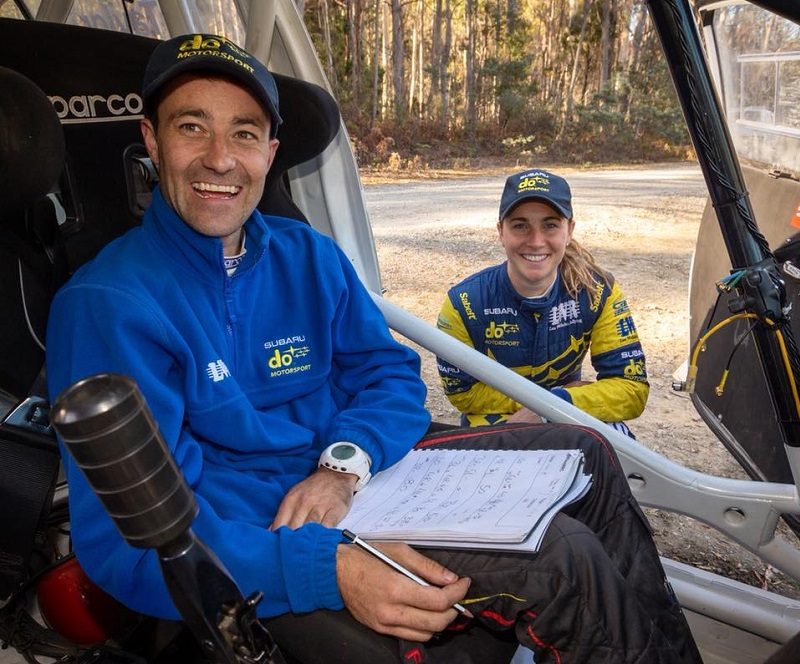 The 2016 Australian Rally Champion will have Read in the car with her after back-to-back Australian co-driver champion Bill Hayes decided to step back from the factory team.

“Bill has set the bar very high and we had to think long and hard about who could aspire to his level of ability and professionalism, but we’re confident we’ve found a great fit with Malcolm,” said Taylor.

“Just like Bill, he’s highly motivated and experienced and after testing this week in Tasmania, we’re quietly confident that we can produce the goods.

“I am incredibly grateful for everything Bill has put into the team and personally how much he has helped me to develop my career.

“We’re sorry to lose Bill’s expertise and experience, but also respect his desire to take on his own next chapter.

“The only compensation is that Bill stepped out of the car as a dual co-drivers champion and that’s a mark of his incredible ability and contribution over the last couple of seasons.”

Taylor missed out on last year’s ARC title after suffering an engine problem in the final round at Coffs Harbour, with Nathan Quinn instead triumphing at his home event.

While Quinn won’t defend his crown due to a funding shortfall, the Subaru team is wary of the threat posed particularly by Harry Bates and Eli Evans.

Both are ARC front-runners who switched to the lightweight AP4-spec Toyota and Mini respectively during the last season.

“After just missing out on the Championship in 2017, Molly and Malcolm are on a mission to restore Subaru honours this year,” said Subaru Australia Managing Director Colin Christie.

“Les Walkden and the LWR crew are focused on ensuring the WRX STI is as lean and mean as can be.

“With many new variations both within our own team and the series, it’s going to make it an intriguing season all round.”

The championship commences with the Courier Eureka Rally around Ballarat on March 3-4.