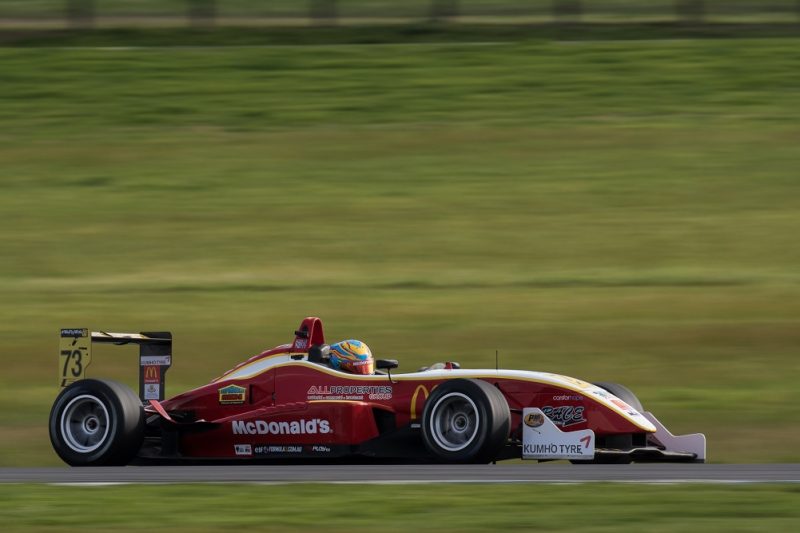 Cameron Shields in Formula 3 at Phillip Island in 2016

Former National class champion Cameron Shields is moving back into Australia Formula 3 in 2018.

The move marks a return to the Brisbane-based team, which Shields ran with in F3 in 2016.

“I am looking forward to once again competing in the fastest open wheel race cars in Australia,” he said.

“I have been impressed by the resurgence of interest which the category enjoyed during the 2017 season and intend to pick up where I left off at the end of the 2016 championship.

“To say the least, I am keen to get amongst the action at the very front of the pack this year.

“Being back, again with Gilmour Racing in Formula 3, feels like coming home.”

Team principal Errol Gilmour welcomed Shields back to the squad.

“Cameron impressed us all when he first stepped into a Formula 3 car at only 14 years of age in late 2015,” recalled Gilmour.

“His performances consistently improved throughout his 2016 championship-winning year in our F307 car.

“I am confident his driving style will be rewarded by the extra performance the later model car now offers.”

Shields is set to again compete in multiple series, though further plans are yet to be announced.