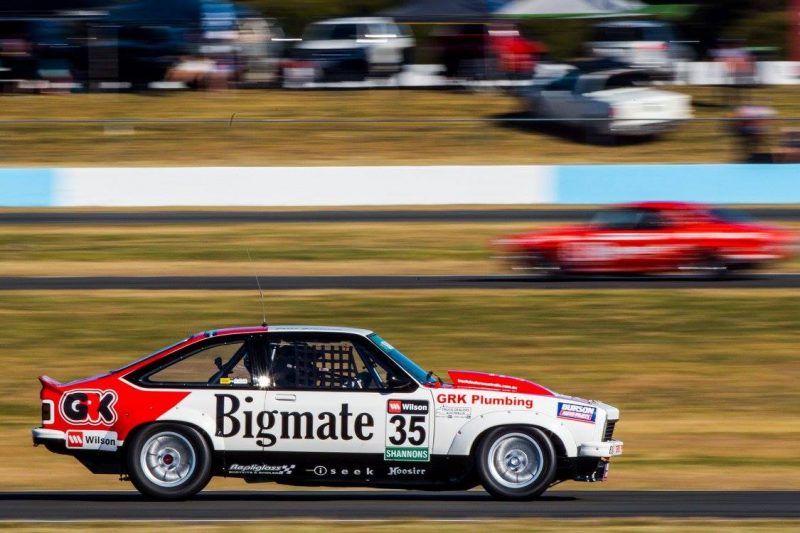 Jason Gomersall’s Touring Car Masters Torana is set to make the trip to Adelaide despite a collision with Super2 driver Kurt Kostecki at Queensland Raceway.

The incident occurred during a test day attended by a number of Super2 teams, including Matt Stone Racing which also fields Gomersall’s Torana in TCM, on Tuesday.

It has been confirmed to Speedcafe.com that Kostecki had taken his VF Commodore through the short loop at the exit of Turn 3, before it is believed that he then drove into the path of Gomersall, who was on a fast lap, when rejoining the standard circuit layout in the Turn 6 braking zone.

Team owner Matt Stone has stated that the car will make the season-opener, for which cars will arrive in the South Australian capital this time next week, despite the setback.

“It’s not a great situation to be in with only a few days left before (Adelaide) prep,” Stone told Speedcafe.com.

“The damage is substantial but it’s not unrepairable. The car had a fresh paintjob ready for its new livery and it’s probably going to go to Clipsal looking a bit secondhand as a result of it.”

He also confirmed that the A9X Hatchback escaped any underlying structural damage, but a number of bolt-on components will need to be replaced.

“It’s done outrigger chassis panels that are replaceable, bolt-on; it’s done front suspension, again which is all bolt-on; and then it’s done pretty serious panel damage down the entire left-hand side,” Stone explained.

Speedcafe.com contacted Kostecki regarding the incident, who would only offer a “No comment.”

Stone said, however, that the 19-year-old did accept responsibility and apologise to the team for the crash.

“It’s an unfortunate thing, it’s something that never should happen,” Stone added.

“But it’s just a young driver (making a) silly mistake, which he admitted to, to give him credit.”

The repairs continue a tough run for MSR’s TCM program, with Gomersall’s car requiring two front-end rebuilds after incidents at Winton and Sandown and Bob Wisely crashing his Torana at Bathurst.

TCM and the Dunlop Super2 Series are both on the support card for the Adelaide 500, which takes place on March 1-4.