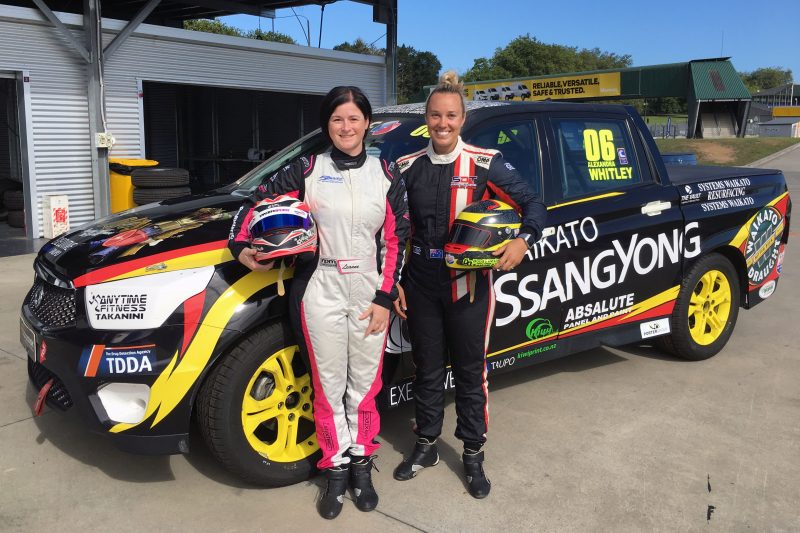 Leanne Tander will team up with Alexandra Whitley in the SsangYong Racing Series three-hour endurance race at Pukekohe next month.

The all-Australian pairing will take on a field of New Zealanders in the one-make series which shares a passing resemblance to the SuperUtes series.

Originally hailing from Toowoomba but now living in New Zealand, Whitley has been a regular front runner in the Ssangyong Racing Series.

“I have always loved long races and, with Leanne as my co-driver, we’re going to be tough to beat,” the 24-year-old said.

An experienced racer, and 2016 Australian Formula Ford Series champion, the event will mark Tander’s debut appearance in the series.

“I have raced many different categories, at many circuits both here and in New Zealand, but have never raced a SsangYong ute and have never raced at Pukekohe, so it’s really cool to be ticking
off two firsts in one weekend,” she said.

“Alex is a great driver, so I was really excited that she asked me to drive with her and I think we’re going to be a really strong pairing.”

The pair met in 2015 through a Women of Australian Motor Sport (WAMS) training camp, after Whitley had been awarded the WAMS Junior Development Scholarship.

Tander and Whitley will join forces for the three-hour event on March 24-25, the same weekend the Virgin Australia Supercars Championship will race alongside Formula 1 at the Australian Grand Prix.