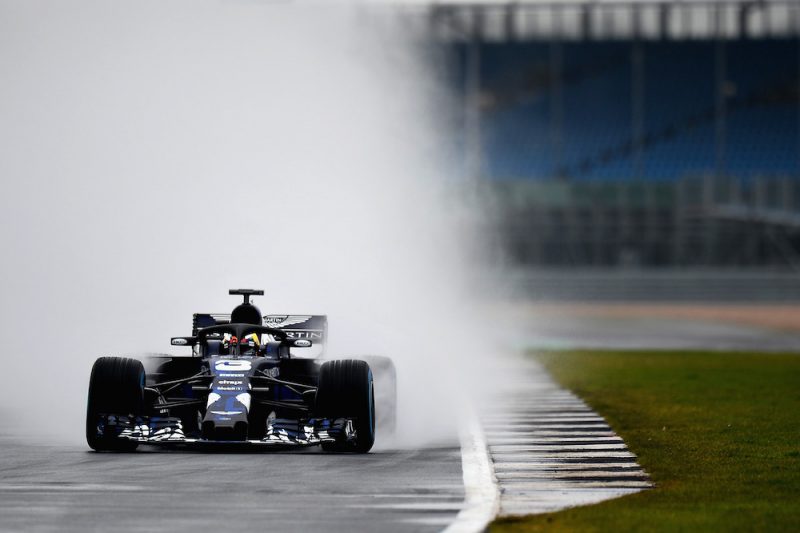 Red Bull Racing’s pre-season testing plans are thought to have been unaffected following a minor crash for Daniel Ricciardo on his debut in the new RB14 challenger.

The Australian christened the new car during a filming day at a wet Silverstone just hours after the team’s official car launch.

Reports claim Ricciardo suffered a slow speed crash which damaged the nose, front wing and floor of the chassis, preventing the team from completing the permitted 100km run.

Red Bull has however confirmed that the accident won’t affect the team’s plans to ready the car for the first pre-season test which begins at Barcelona on Monday.

“It’s hard to tell from a couple of laps but the initial feeling in the car is good,” said Ricciardo.

“I can already feel that the rear feels pretty settled, even in these poor conditions. Those are encouraging early signs.”

Red Bull is expected to reveal its full livery to replace the blue testing colour scheme ahead of the Barcelona test next week.