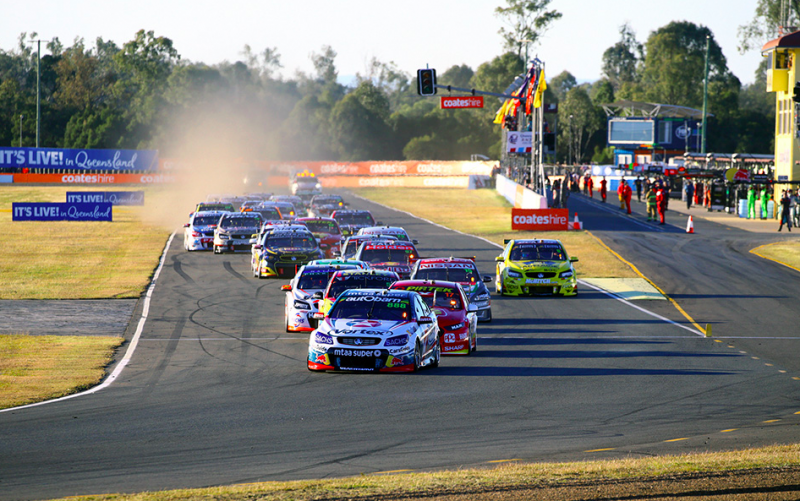 Supercars has been assured by Ipswich City Council that safety upgrades required at Queensland Raceway to host the Coates Hire Ipswich Super Sprint will be completed.

The championship signed a new deal from 2018-28 with Ipswich City Council (ICC), which underwrites the event, on the proviso that long overdue upgrades are installed.

While the exact details of the updates remain confidential, Speedcafe.com understands tyre barriers and pit wall catch fencing are among the list of items required to meet the FIA’s safety criteria.

Acting Supercars CEO Shane Howard has confirmed that the ICC has committed to the upgrades and insists the round will take place from July 20-22.

“I think we are progressing well (with the upgrade plan at Queensland Raceway),” Howard told Speedcafe.com.

“For us to race, the circuit has to meet the FIA Grade 3 requirements and we are working closely with council, and they have a good relationship with John Tetley (circuit operator).

“The improvements will be undertaken. The council has given us a commitment, working with John, to ensure it is upgraded to the requirements to conduct a Supercars event.

“Absolutely it (the event) is on the calendar.”

It is yet to be determined when the upgrades will be implemented at the venue, with the decision to be made between ICC and circuit operator John Tetley, who leases the venue from the council.

“That (the installation of the upgrades) is up to the council and John Tetley as to how they schedule those upgrades around his activities,” added Howard.

“There will be safety improvements to the circuit prior to us competing on it.”

Tetley was also unsure when the upgrades will be installed when asked by Speedcafe.com earlier this month, stating the matter was in the hands of ICC, CAMS and Supercars.

The circuit is continuing to develop its own in-house barrier system which it hopes will receive recognition and approval from CAMS.

Tests were carried out on the barriers at the venue two weeks ago with the crash data expected to be sent to the national motor racing sanctioning body for review.