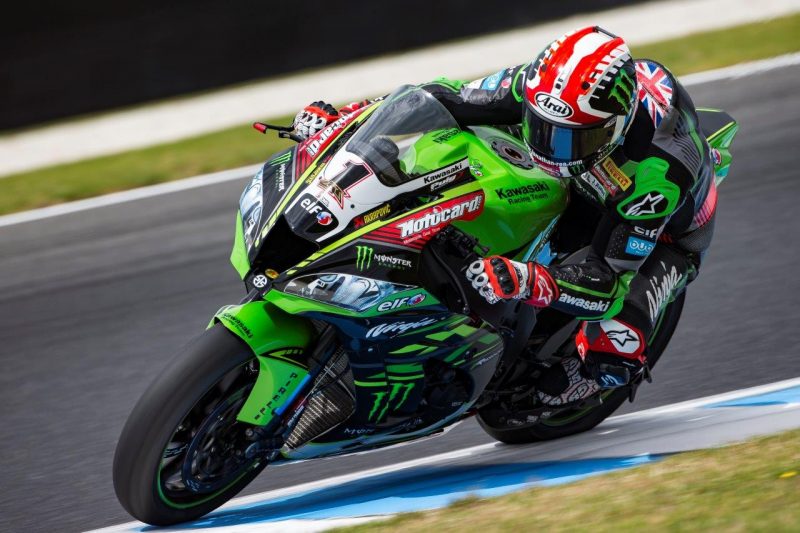 Defending Superbike World Champion Jonathan Rea has clocked the fastest lap around Phillip Island after two days of testing ahead of this weekend’s season opener.

Rea achieved a best time of 1:30.598s during this morning’s two-hour hit-out despite crashing his Kawasaki Racing Team ZX-10RR at MG.

The lap was a 0.661s improvement on his Monday efforts, which were confined to the first session after a spill at Turn 11.

Marco Melandri, the only rider of the 22 participants to not improve on Day 2, still ended up second-fastest on combined times, 0.128s slower on his Aruba.it Racing Ducati Panigale R.

Behind them were Tom Sykes on the second factory Kawasaki, Eugene Laverty (Aprilia), and Xavi Fores (Barni Ducati).

Fores and Michael van der Mark (Pata Yamaha), who ended the test sixth-fastest, both went down on the final day of testing but were unhurt.

This weekend’s Yamaha Finance Australian Round marks the start of new technical regulations aimed at levelling the field out after the dominance of particularly Kawasaki but also Ducati in recent years.

Rev limits for each manufacturer have been determined based on last year’s results, and will be adjusted every three rounds, replacing the air restrictor parity system.

Engine concessions will also be allowed based on performance, with podium-finishing manufacturers accumulating concession points.

During the season, manufacturers with fewer points will be able to introduce new parts.

Round 1 begins with three practice sessions this Friday, followed on Saturday by more practice, qualifying, and the first of two races for the weekend.

Next Story Syahrin confirmed at Tech3 for 2018