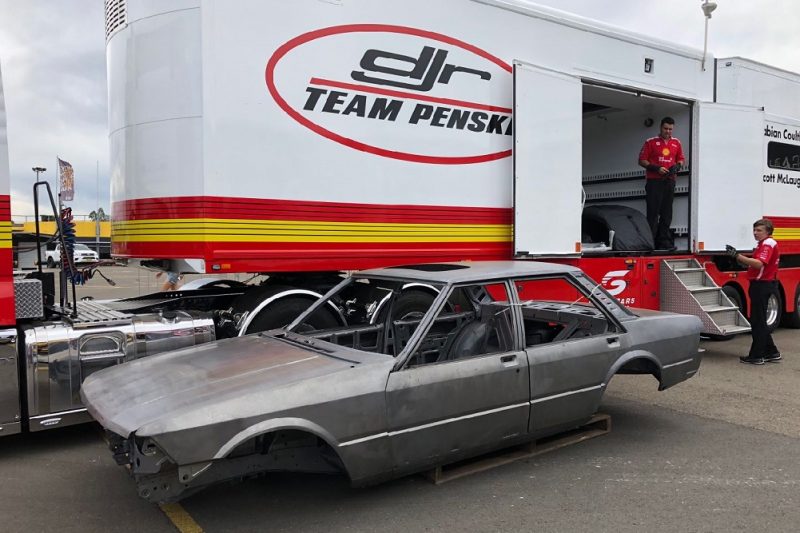 Team Johnson is ready to start building an XD Falcon for Touring Car Masters after sourcing and having a donor shell prepared recently, with a debut likely in 2019.

The chassis made an appearance at Friday’s pre-season Supercars test day at Sydney Motorsport Park, where it was parked next to the DJR Team Penske transporter in the paddock area.

The Johnsons acquired the chassis from Kurri Kurri, on the outskirts of the city which hosted last year’s Supercars and TCM finale, Newcastle.

“We committed to buy a couple of XDs but they both turned out to be no good and the guy that owned this one got in contact with us,” Steven Johnson told Speedcafe.com.

“He said, ‘If you’re looking for an XD, I’ve got one here and you can have it,’ so basically we got the shell for nothing; we just had to go and pick it up.

“We got it back (to the team workshop) and stripped it, and Dad (Dick) and I took it down to Sydney a few weeks ago on a car trailer, just as a body shell with the panels on it.

“We took it to where we were getting it acid-dipped, and now it’s out of that, it’s looking really, really good. It’s come out with basically no rust in it, which is unbelievable.”

Team Johnson had revealed plans to race an XD in TCM midway through 2017, but a hoped-for introduction sometime during 2018 seems to have been thwarted by a delay in sourcing a suitable chassis.

With the build starting now, it is expected that the car will debut in TCM in 2019.

“We’re not really expecting it to be this year,” Steven Johnson added.

“We’re going to take our time with the build; if it happens and goes well, we can debut it this year and we might, but at this stage we’re certainly not going to rush it.

“We’re just going to build it right and if we can get it on-track this year, that’d be good; if we can’t then it’ll be next year. 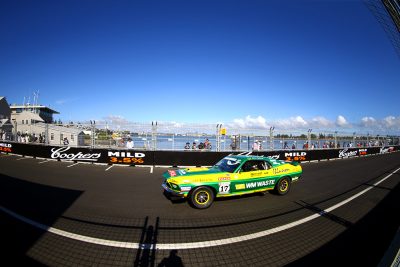 Johnson won last year’s TCM title in the 1969 Ford Mustang Fastback and has confirmed that he is “committed to racing ‘Mustang Sally’ for the whole year at this stage,” in light of the delayed XD project.

The second-generation racer first competed in the Mustang at Symmons Plains in 2015, when then-owner and former Dick Johnson Racing driver John Bowe had a clashing sponsor commitment.

He spent the back end of that season in the car before being reunited in 2017 after a year in an XY Falcon.

Johnson went on to clinch the series on the streets of Newcastle in a close-run affair against Bowe.

Series organisers have already teased a list of 13 entrants, with Marcus Zukanovic aiming to get his own XD Falcon on the grid in the South Australian capital.