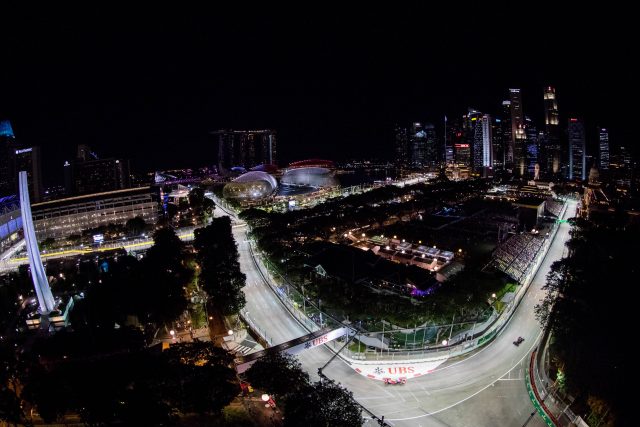 Supercars is continuing to pursue a 2019 expansion into Asia with talks to feature at the Singapore Grand Prix ongoing as the championship prepares to come under new leadership.

The series’ long held plans to push into the Asia region is set to remain a key focus when the championship officially welcomes new CEO Sean Seamer at the Adelaide 500 season opener next month.

Asia became a key aim under Seamer’s predecessor James Warburton with advanced discussions held to host championship events at the Singapore Grand Prix and at the Sepang International Circuit.

The two are thought to be among a range of options for the championship to move into the Asian market next year.

Plans to race at Singapore have been aided by a change in Formula 1 management, which has seen Supercars earn a maiden championship round at this year’s Australian Grand Prix.

Warburton had hoped to deliver an Asian race before his departure in December last year.

Acting Supercars CEO Shane Howard has confirmed that an expansion into Asia is on the agenda, stating a race in the region is ‘likely’ for next season.

“Our focus is on an international event in the Asia region and we have got some good opportunities there,” Howard told Speedcafe.com.

“When we go to Asia we want it to be sustainable and the right venues and be in front of the right crowds, so we are working through a couple of strong opportunities there.

“We are working through the opportunities in Singapore. If we have the chance to be on the card then we will absolutely embrace that.

“It is an amazing country so that opportunity will be embraced.

“Next year it could be likely.

“There has also been a change in regard to Formula 1 management and the approvals to let us compete as a championship race in Melbourne, so that has been very well received, and hopefully we will get the opportunity to do more.

“There is always a lot to work through with an international event but we are in negotiations and we are hopeful we can get to a position where we can pull off one those great opportunities.”

Should an Asian race come to fruition championship organisers may have to consider the amount of race meetings on its 2019 calendar.

Meanwhile, preparations for Supercars’ inaugural visit to The Bend Motorsport Park have continued.

The championship sent a team of delegates to assess the facility, which will host its maiden race meeting from August 24-26.

“We have sent down a delegation last week, motorsport and media to the venue which is very impressive,” added Howard.

“They have done an amazing job. This is a world class circuit and we are really looking forward to having championship round.”

The new Supercars season will kick off on the streets of Adelaide from March 1-4.