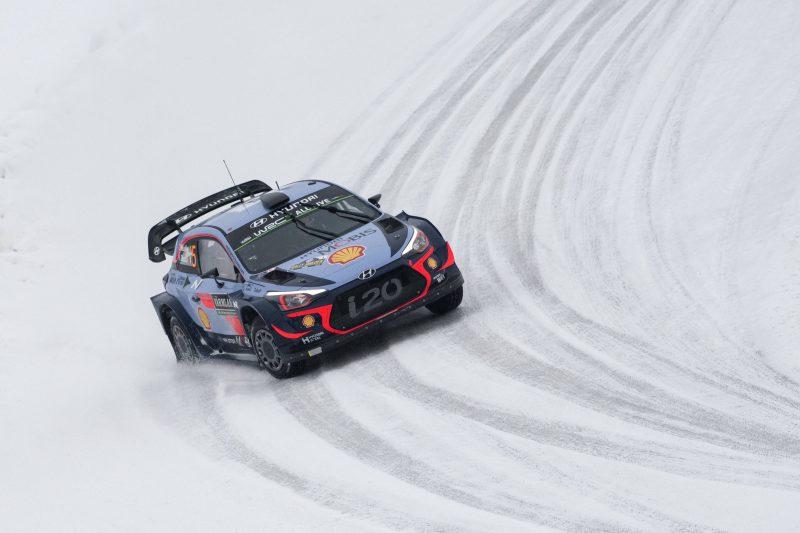 A measured Sunday performance from Thierry Neuville has seen him win Rally Sweden and take over the lead of the World Rally Championship.

The top three remained unchanged through the final three stages with Citroen driver Craig Breen splitting the Hyundais of Neuville and Andreas Mikkelsen on the podium.

Neuville held a 22.7s lead after Saturday running and made a cautious start to final day, clocking only the 11th-fastest time on the first pass through Likenas.

The Belgian gave up 7.9s to Breen but made a little of that back with the second-fastest time when the stage was immediately repeated, before running fourth on the Torsby Power Stage to win by 19.8s overall. 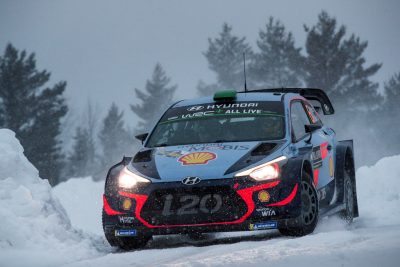 “An incredible result,” said Neuville, who had been on the back foot for most of the opening round three weeks ago.

“We had a disappointing start to the season in Monte-Carlo, but we didn’t let that get us down. We kept focused and targeted a strong result here in Sweden.

“We knew the competition would be tough for the win but we came here with the objective to bounce back, and we did that perfectly.”

Mikkelsen was less than 10s further back, and also finished third on the Power Stage, while Esapekka Lappi stole fourth overall with a strong finish to Rally Sweden.

Lappi was second-fastest to Toyota Gazoo team-mate Ott Tanak on SS17 before winning SS18 and the Power Stage.

His cause was helped when Hayden Paddon (Hyundai), who had his nose in front of the Finn heading into the Power Stage, hit a snow bank and finished the rally fifth overall.

“(It was) An annoying end to what had been a generally positive weekend for us,” lamented the New Zealander.

“It was just a small mistake in the Power Stage, which stalled the car and lost us too much time to defend our fourth place. It is what it is.

“We’re not in the championship hunt this season so whether it’s fourth or fifth doesn’t really matter greatly.

“We have plenty of positives to take away from the event and I am looking forward to continuing this trend in my next WRC event in Portugal.”

Monte-Carlo front-runners Ott Tanak (Toyota Gazoo) and Sebastien Ogier (M-Sport Ford), meanwhile, had suffered for much of the rally as the road sweepers in snowy conditions.

Tanak was able to show some pace on the Sunday in Sweden as he won the opening stage of the day and picked up a Power Stage point.

Ogier finished second-fastest in the Power Stage to leave the rally 10 points off the championship lead.

Kris Meeke was back as per Rally 2 rules after a turbo problem for his Citroen C3 the day prior, but a spin on SS17 made for another disappointing day for the Brit.