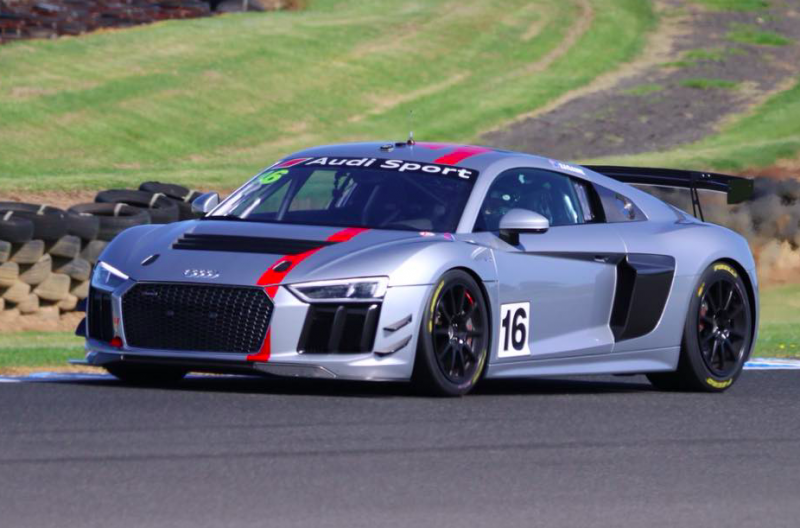 An example of Audi’s new GT4 race car has arrived in Australia and cut its first laps at Phillip Island.

Melbourne businessman Vic Zagame Jnr has purchased an Audi R8 GT4, the first of its kind to land In Australia.

Zagame christened the new car at Phillip Island last week where he was joined by former Supercars full-timer and driver coach Cameron McConville, who also drove the R8 GT4.

“I was massively impressed (wth the car),” McConville told Speedcafe.com.

“I probably did two runs of three or four laps each; it was about giving him seat time, but I did a couple of runs in the car.

“I would say it’s more of a race car than the McLaren (570S GT4). The steering’s a bit heavier, so you can feel the front tyre on the road a bit more.”

A racing program is yet to be finalised for the car which is eligible to compete in the Australian GT Championship.

The car is set to conduct another test outing at Winton this week.

Both made their race debuts at the Liqui-Moly Bathurst 12 Hour with the latter driven by Longhurst, Matt Brabham and Aaron Seton winning the class.