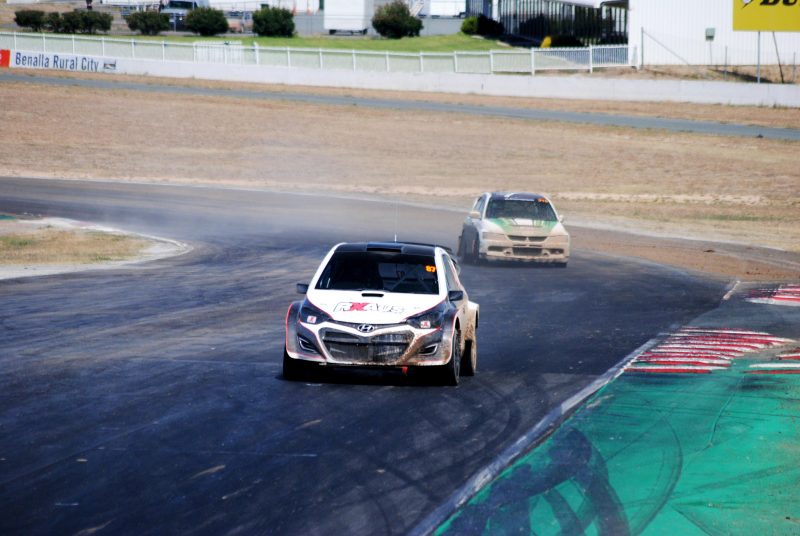 Teenager Dowel quickly adapted to his new Hyundai i20 as he took out the AWD six-lap Super Final on a modified Winton circuit featuring a jump and new section of track.

Dowel was involved in a battle for the lead with Cahal Carey (Mitsubishi Evo) with the latter leading the majority of the final before Dowel emerged from the Joker lap with a 1.6s advantage, which was enough for the win.

“It’s a lot different this year because I’m in a new car with more horsepower and I’m just trying to get used to the car,” said Dowel.

The 17-year-old plans to contest the remaining six rounds of the season alongside his RallyX on Ice campaign, which will see him head to Norway today.

Conway proved the class of the field in the 2WD class as he took the win from series co-founder Will Orders, while Andrew Murdock completed the podium.

The RXAus.com.au Australian Rallycross Series will visit the Marulan circuit near Goulburn in New South Wales for Round 2 on April 28.