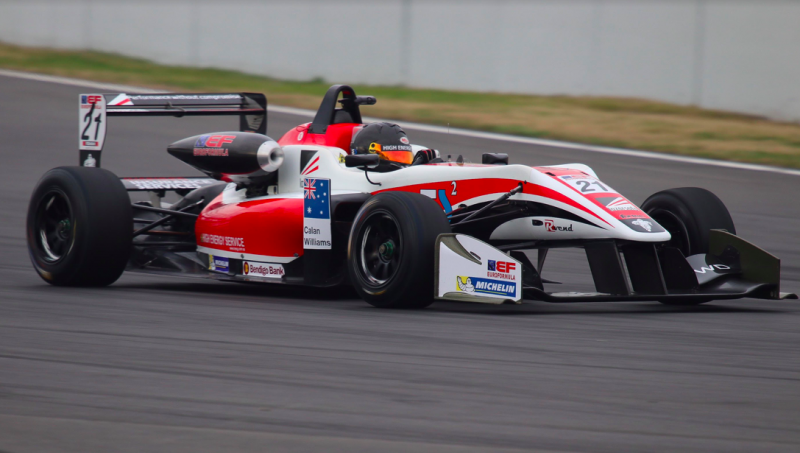 Calan Williams has spent two days testing at Circuit de Barcelona-Catalunya as part of his drive in the Euroformula Open Winter Series.

Williams has signed with Fortec Motorsport for the Winter Series, which consists of two-day tests at Barcelona and Jerez, which are split by a race at the Paul Ricard circuit in France.

The 2017 Australian Formula 3 Premier Series winner, who had a private test at the same circuit last year, was eighth-fastest on each of the Friday and Saturday.

He was hampered by a gearbox issue on the first day while an off on his second day left him unable to lap any faster when the track was at its best.

Williams was nevertheless satisfied with his performance, which included some encouraging results in individual sessions.

“This was an incredible experience and despite a mistake in the final session I am very pleased to have finished half of the sessions inside the top five and to come so close to topping the first session on the second day,” said the 17-year-old West Australian.

“The team are fantastic. I am very fortunate to have the opportunity to learn from them and I am taking every chance I can to develop as quickly as I possibly can.

“It was an incredible experience, and the intensity was a massive step up, even from the test which I completed here in December.

“I am learning so much, and I’m looking forward to developing and getting everything I can out of that learning experience as I look to improve every single day.”