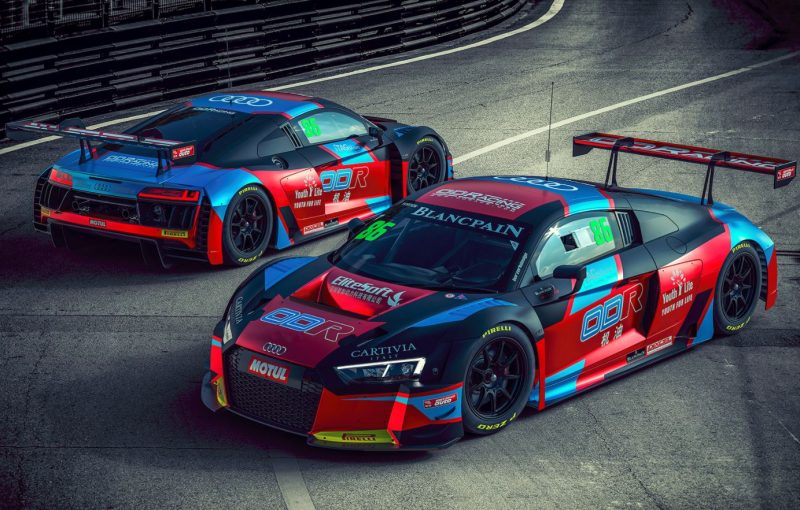 Gilbert last year missed out on the series title by a single point while racing with Aditya Patel, with the pair move their OD Racing outfit from under the Absolute Racing umbrella, which ran the team in 2017, to Team WRT.

Originally hailing from Belgium, Team WRT has 11 European Blancpain GT Series titles under its belt, along with victories at iconic events including this year’s Liqui-Moly Bathurst 12 Hour.

However, 2018 will mark the team’s first foray into the Blancpain GT Series Asia, having dipped its toe in the water via the Audi R8 LMS Cup last season.

“Asia has been on our bucket list for a few years now but it is only since 2017 that we have found a good way to do it,” said Team WRT boss Vincent Vosse.

“It has been an immediate success with several wins in the Audi R8 LMS Cup.

“An opportunity arose during the winter to collaborate with OD and Mitch, and it became quite clear to us that it was the right move and we also felt at ease with them.

“To enter Blancpain GT Series Asia is a logical step for WRT, after so many successes in the European Blancpain series.

“It is like all the planets were aligned and we are definitely all looking forward to hit the tracks together!”

The Blancpain GT Series Asia only sprung into fruition last season, but has quickly established itself as the leading GT competition in the region.

For 2018 the series will visit four countries over its six events, with stops in Malaysia and Thailand, and two each in Japan and China.

The opening round of the series will be held at Sepang in Malaysia on April 14-15.