Dutton: Plenty of work ahead to unlock ZB speed

Dutton: Plenty of work ahead to unlock ZB speed 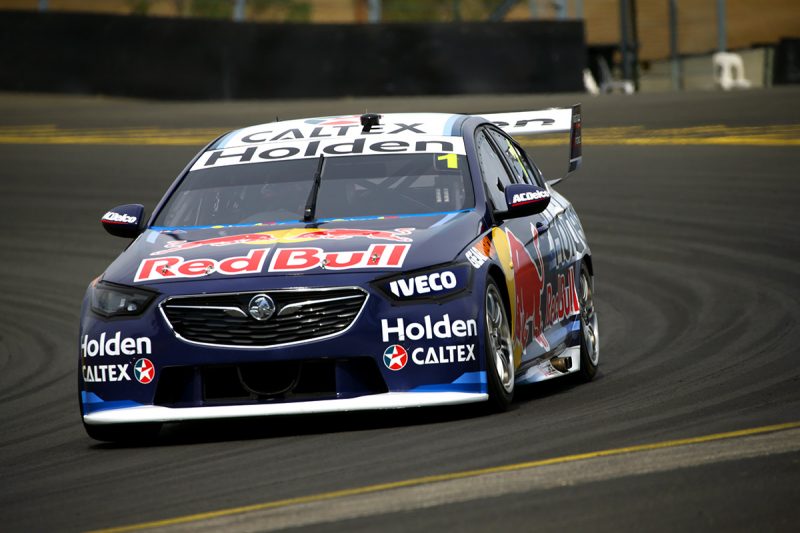 Triple Eight admits there is still plenty of work ahead to unlock the potential of the new generation Holden Commodore before the season opening Adelaide 500.

The all-new ZB Commodore, developed by the Brisbane operation, was pitched against the rest of the Supercars field for the first time at Friday’s pre-season test at Sydney Motorsport Park.

All three Triple Eight Holdens finished inside the top 15 on combined times but proved well adrift of the pace set by Brad Jones Racing’s Tim Slade.

Shane van Gisbergen was the quickest of the three cars in fourth albeit 0.6s shy of the Freightliner Racing ZB Commodore.

The vast majority of the field fitted new 2018 specification softs for the final minutes of the test which saw times tumble, although the exact condition of the rubber fitted by the field is unknown to those outside of their respective teams.

As a result, Triple Eight team manager Mark Dutton says it is difficult to establish a true read on times posted, but feels Slade’s pace showed that his squad has plenty of work to do ahead of Adelaide.

“I mean, we’ll assume they’re all on the same tyre so you look Sladey’s ahead of us, same car, proved the car’s capable of that, we’re not that quick so we’ve got more work to do,” said Dutton.

Although, feedback from the test has the operation feeling positive regarding the car’s untapped potential.

“(There are) some really good strengths of the thing, they (the drivers) definitely think the potential’s there,” he said.

“We just haven’t unlocked it yet, but it’s so positive when they get out saying that the potential’s there.

“When they get out and they can’t think how they didn’t get close to that time, that’s when you’re worried.

“But none of the three drivers said that. They all got out and said I didn’t maximise or we didn’t quite have the car right but the potential’s there with the car.

“We can see there’s a lot of work to do, and the comments are good, and the cars ran faultlessly and all that kind of stuff, that’s all key because then you can go to Adelaide and practice properly.”

Garry Rogers Motorsport, who manufacturer the components under licence for Victorian Holden teams, and Walkinshaw Andretti United exposed weaknesses in the front bar.

Triple Eight is aware of the issues and will offer assistance to ensure there are no repeat failures in the future.

“We told them (Walkinshaw Andretti United) what we’d done (to strengthen the splitter) and gave them some assistance in that regard,” Dutton added.

“It’s not actually part of the job, but we all tend to get along and to help sort of thing , so we do take the role as homologation team very, very seriously.”

The late sign off of components which delayed the manufacture of parts for the ZB Commodore has been well-documented in the lead-up to the test.

A lack of spares forced GRM and Walkinshaw Andretti United, in the case of the Pye car, to end the test prematurely.

Dutton has confirmed the team will be pushing hard from now until Adelaide to provide teams with an assortment of spares for the season opener from March 1-4.