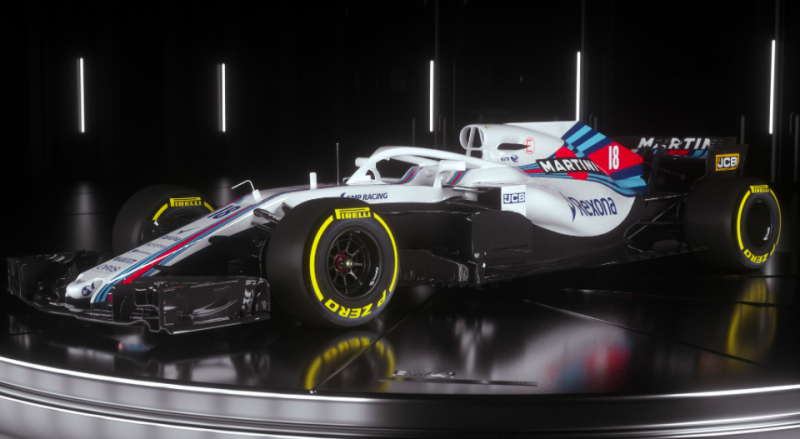 Williams has become the second Formula 1 team to launch its car ahead of the 2018 season.

Unveiled in London, the new Mercedes-powered FW41 has been described by the team as ‘significantly different’ to its predecessor.

It is the first car conceived by Paddy Lowe, Williams’ chief technical officer, and head of aerodynamics Dirk de Beer, who joined the Grove squad at the start of last year.

“The car has many new features, most of which are not all that obvious, but externally the team has pursued a very different aerodynamic concept which has allowed us some significant progress in aerodynamic performance,” said Lowe.

“All Formula One cars are an evolution of what has gone before to some extent, but the FW41 does involve a number of departures from the directions that have been pursued in the past.

“Overall, the philosophy we are starting to see emerge is a new approach to the collaboration between aerodynamics and design to achieve the optimum working result.”

“We hope that this car will make progress in the performance rankings relative to 2017.”

Heading into the new season, the team has retained Lance Stroll, the Canadian joined by Russian rookie Sergey Sirotkin.

Robert Kubica was overlooked for a race seat, though has been kept on to work in a test and development role.

A single podium for Stroll at the Azerbaijan Grand Prix was the team’s best result, with points shared almost equally between he and Felipe Massa, who retired from the sport at the end of last 2017.

With the opening pre-season test scheduled to begin late next week, the remainder of the field is set to unveil their cars from Monday.

They’ll then take to the Catalunya circuit in Spain for the first of two three-day tests, ahead of the opening race of the season in Melbourne on March 22-25.

Next Story Verstappen not looking forward to 'ugly' halo