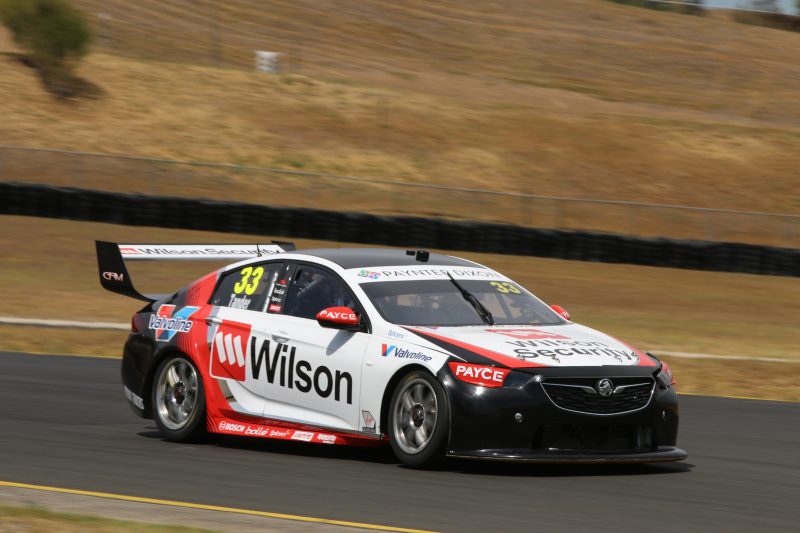 Further modifications are required to strengthen the ZB Commodore front splitter following a series of failures at the Sydney Motorsport Park test.

All splitters on the new Holden were strengthened prior to today’s test after Brad Jones Racing reported severe vibrations following its shakedown at the high speed Phillip Island circuit this week.

Problems continued with splitters constructed by GRM, who have been charged to manufacturer the component for Victorian Holden teams.

GRM suffered failures with splitters on both its entries for Garth Tander and James Golding.

A spare splitter was damaged and subsequently repaired to allow Tander to rejoin the afternoon session.

Meanwhile, Walkinshaw Andretti United also encountered a failure with a splitter ending the day prematurely for Scott Pye in the #2 Commodore.

However, Triple Eight and Tekno Autosports have so far been unaffected with its splitters made by Queensland company Lightning Composites.

GRM team manager Stefan Millard has confirmed his team are already working on solutions to be rolled out at the Adelaide 500 season opener from March 1-4.

“Its the support braces on the back of the bar that allow it a little bit of flex but obviously they’ve just fatigued and then all of a sudden through Turn 1 it just let go and delaminated the braces,” Millard told Speedcafe.com.

“I’ve been on the phone a fair bit back to the workshop.

“The guys are still working back there.

“So we will just revise, or continue to revise the layout in the areas where we think we need it and probably gone the other way and made it a bit heavier than what we need to.

“We’ve basically been in quite a rush to get here today.

“The bars are still in prototype type stage. The first time we ever ran one was on Wednesday.

“Ideally you’d test it before you had to go into production.

“We flew our composites guy up last night and we flew up yesterday, rounded up all the front bars that we’ve supplied to our teams, did the modification, but obviously we’ve learned from BJR at Phillip Island and ourselves at Winton on Wednesday.”

Walkinshaw Andretti United boss Mathew Nilsson says his squad will continue to work with GRM to find a fix.

“The day has been cut short. It is a new car with a new design and that is what testing is all about,” Nilsson told Speedcafe.com.

“It is the first time that all the ZB Commodores have hit the track in anger you find these issues on days like today.

“We will work with GRM as the supplier on a solid fix and come to Adelaide with a proper solution in place rather than trying to trying to get a couple of extra hours out of the day.”