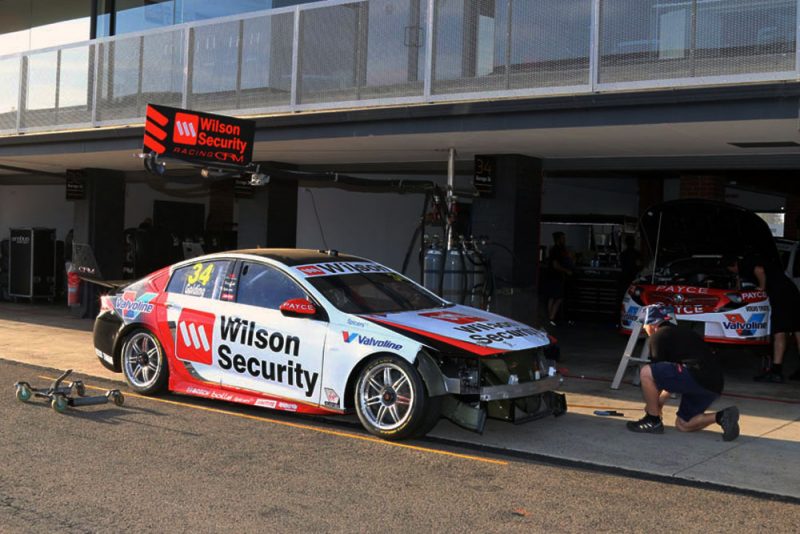 Holden teams have strengthened the supports in the front splitters across the entire ZB Commodore fleet as a precaution for today’s pre-season test at Sydney Motorsport Park.

An issue with the front splitter was reported by Brad Jones Racing following the shakedown of its two brand new Commodores at Phillip Island on Tuesday.

Excessive shaking of the the component while under stress saw the Albury squad alert Garry Rogers Motorsport, which have constructed the splitters for the Victorian-based Holden teams, under licence from Triple Eight.

Given the high speeds experienced at Sydney Motorsport Park, Speedcafe.com has learned that all splitters in use at today’s test have been strengthened.

Triple Eight has confirmed that it has also taken extra precautions with its own splitters, which were made by Lightning Composites and not by GRM.

Holden teams are running today without the luxury of spare parts due to the late arrival of parts to complete the builds of new ZB Commodores.

Today’s test is the only official outing for teams ahead of the season opening Adelaide 500 on March 1-4.