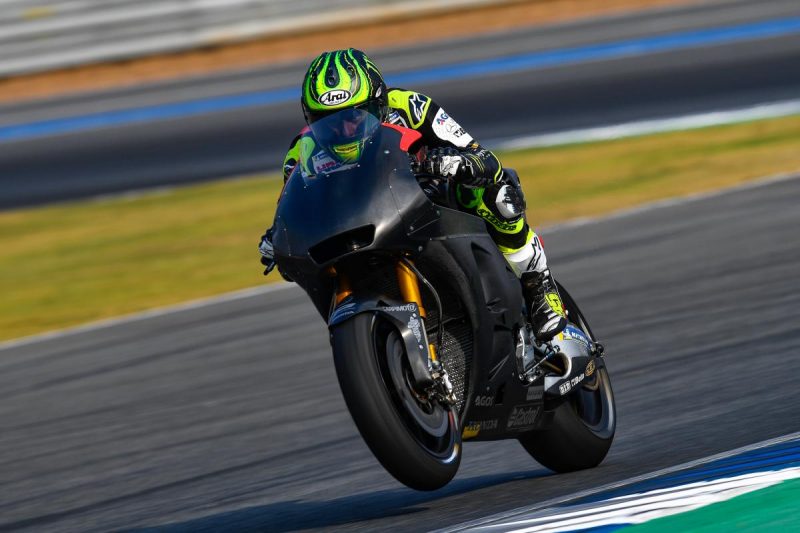 Cal Crutchlow has pipped Alex Rins by a narrow margin on the first day of MotoGP running at the Buriram International Circuit in Thailand.

Crutchlow shook off an earlier crash to lap the newest circuit on the calendar in a best time of 1:30.797s on his LCR Honda during the final hour of the eight-hour session.

Defending world champion Marc Marquez had been fastest for the majority of the day and the Repsol Honda rider’s best effort held up for third position by the end of the session.

Ducati Team riders Andrea Dovizioso and Jorge Lorenzo each tested a different aerodynamic fairing as they were classified fourth and 10th respectively.

Of the Movistar Yamahas, Valentino Rossi was eighth-fastest on his 39th birthday and Maverick Viñales 11th.

Red Bell KTM’s Pol Espargaro is sitting out the test after suffering a spinal disc herniation in a high-speed crash during the most recent test at Sepang.