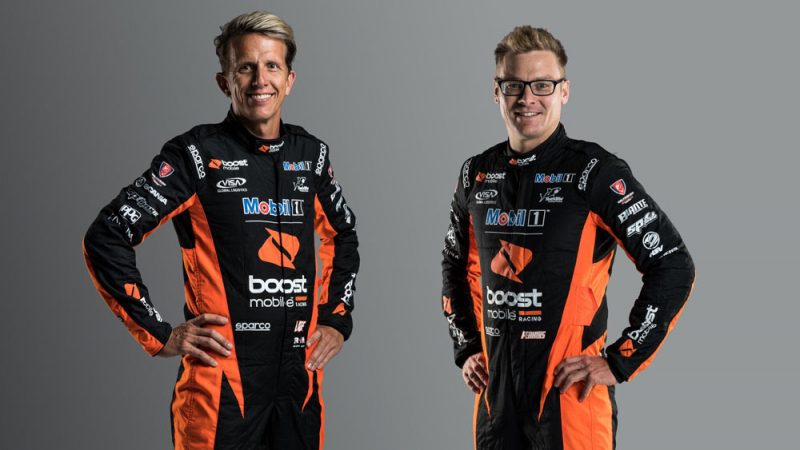 Luff is set to remain alongside Scott Pye, and Perkins with James Courtney, making for the same two pairings at the team fielded at last year’s trio of flagship events.

“It’s great to be back that’s for sure,” said Luff, who finished second at the Supercheap Bathurst 1000 with Pye last year.

“Working with Scotty last year was really enjoyable, we got along really well, and have very similar styles and feedback, so it’s a great match.

“Bathurst was a fantastic result last year, and one I definitely want to build on.

“There is a lot happening with the team this year, from the new ownership to the ZB Commodore, so it’s great to be back involved and along for the ride.”

“Running car number 25 this year is also a real privilege, a 25-year partnership between the team and Mobil 1 is an incredible achievement.”

“We didn’t have the best luck last year, so I’m looking forward to turning that around in 2018, starting by jumping behind the wheel at the test day, which is always good fun.”

Perkins and Courtney claimed victory in Race 1 at Surfers Paradise in 2015, however last year could only manage a best of a sixth place finish in their three events together.

“It’s fantastic for the team to have two drivers of Jack and Warren’s caliber back for the year,” said team manager Mathew Nilsson.

“Both Warren and Jack are experienced on the track, know the team well, and are proven drivers, so having them back for another year fills us with confidence.

“We know as a team that we can put either driver in the car at any time and they will do a great job, along with providing fantastic feedback. We are thrilled to have them back on board.”

Confirmation of Luff and Perkins for the Pirtek Enduro Cup further beds down the co-driver lineup for the season, with David Russell yesterday confirmed at Tickford Racing.

The 2018 Pirtek Enduro Cup gets underway at Sandown in September, with co-driver specific sessions at events during Winton and Queensland Raceway weekends during the season.