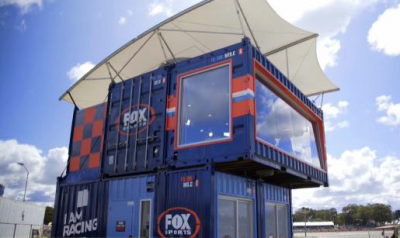 To be known as Supercars Trackside, the hour-long program will be broadcast on both Thursday and Sunday nights from race events.

The Sunday show will provide a full review and analysis of the race meeting featuring interviews from pit lane.

Supercars Trackside will replace the Inside Supercars panel show which was usually broadcast from a Sydney studio on Wednesdays.

Foxtel CEO and former Fox Sports Australia boss Patrick Delany spoke at today’s Virgin Australia Supercars Championship launch and said that the series was a key property for the network.

“Supercars on Fox Sports has been a tremendous hit,” said Delaney.

“Last year was a fabulous year (with) everything that Supercars can offer to Australia — the theatre, the controversy, the close racing — and we’re looking forward to this year being the same.

“On Fox Sports last year our ratings increased 18 percent, and if you go back two more years there was a 48 percent lift.

“(They are) extraordinary lifts in terms of the attraction and the engagement of our subscribers, so we love the sport to death.”

Fox Sports has also announced that there will be a new graphics package for this year’s television coverage and reiterated news that it will telecast the Bathurst 1000 without ad breaks for the first time.

Supercars Trackside will make its debut at the Adelaide 500 from March 1-4.

Next Story Supercars to review Bathurst safety after 12Hr shunt