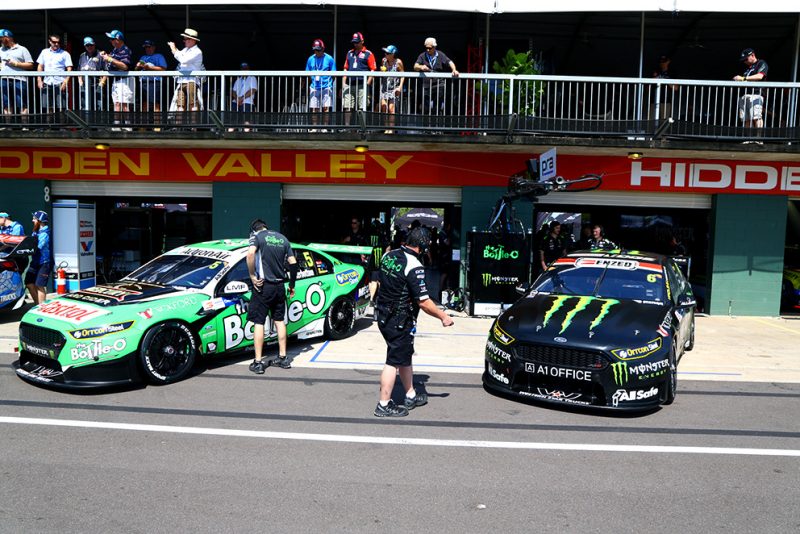 Chaz Mostert will once again share a garage with Mark Winterbottom as a result of Tickford Racing’s decision to swap pit lane slots for Cars #6 and #55.

In a decision which has implications for this year’s teams’ championship, Car #55 will be moved in to share a pit boom with Car #5, while Cameron Waters’ #6 Falcon will share with the #56 entry which Richie Stanaway takes over for his rookie season.

Mostert was paired with Winterbottom in pit lane as recently as 2015 when both drivers’ entries were known as Pepsi Max Crew FPR, while the #55 Rod Nash Racing REC shared with the Super Black Racing entry.

He was swapped from the #6 REC to the #55 REC before the start of 2016, a decision for which the team cited commercial considerations as the reason.

At the time, Tickford’s three own entries took on new major sponsors, including the switch of The Bottle-O from #55 to Winterbottom’s entry, which took on #1 owing to his status as defending Supercars champion.

However, the change also reduced the chance that one of the Ford squad’s front-runners might be stacked in pit lane, given that it coincided with Cameron Waters’ elevation to its Virgin Australia Supercars Championship line-up and Chris Pither’s arrival at Super Black.

For the purpose of the teams’ championship, teams of more than two cars are actually split based on pit booms.

In Tickford’s case, Cars #5 and #6 together finished third in last year’s teams’ championship, Car #55 10th, and the Jason Bright-owned REC which was housed at Tickford and raced as Car #56 in 14th.

This year, Cars #5 and #55 are together a ‘team’, as are Cars #6 and #56, the latter of which is an old Lucas Dumbrell Motorsport REC now owned by Tickford.

Had #5 and #55 been a ‘team’ last year, there would have been no change to the teams’ championship.

However, given that pit lane order is primarily determined by each organisation’s leading ‘team’, the decision could have an impact in future seasons.