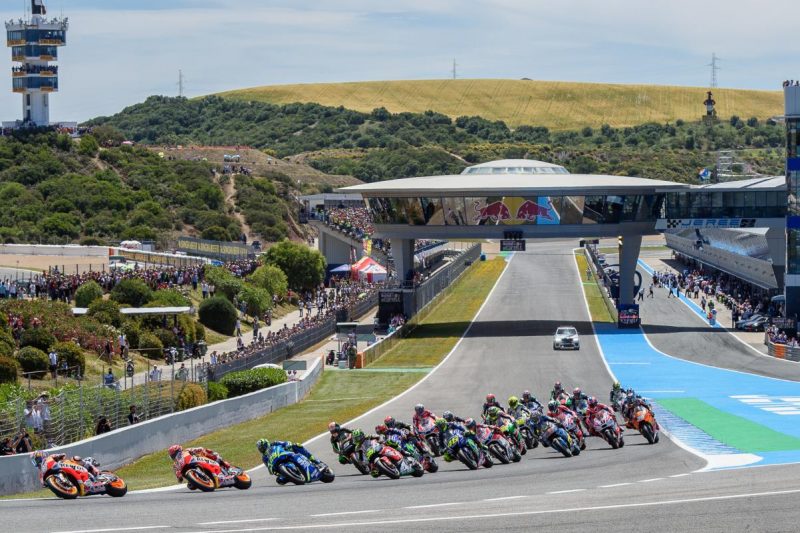 The Spanish MotoGP is one of seven races which have been shortened for 2018 pic: MotoGP.com

Some MotoGP races will be shortened in a move which organisers say is designed to increase consistency in race durations.

There will be a one-lap reduction to the Americas MotoGP, French MotoGP, Catalan MotoGP, Czech MotoGP, and San Marino MotoGP.

The Spanish MotoGP (Jerez) will be cut by two laps and the Valencia MotoGP by three.

The stated reason for the change is to harmonise race durations for the benefit of event organisation and television broadcasters.

Increasing the length of some races, which might have allowed for a neutral aggregate impact, was deemed unachievable due to fuel and engine regulations.

Some Moto2 and Moto3 races will also be shortened this year, with further changes in 2019 which coincide with the introduction of MotoE.

MotoGP races are not set to change again next year.

There has also been a change of procedure regarding red flags in MotoGP.

If a red flag is shown and at least 75 percent of race distance has been completed, the result will be declared.